Professor Stephen Hawking says "This collection of six stamps, created in collaboration with the Isle of Man Post Office and Glazier Designs, displays some of the equations over the past century that have led to significant scientific discoveries and, in turn, have had a profound impact on the world."

This stunning stamp issue showcases the works of Albert Einstein and Stephen Hawking. Each stamp features a rare iridescent foil printing technique on the words 'Isle' and 'Man' and Her Majesty the Queen's portrait along with warm earthy colours to create a scientific and atmospheric look and feel to the collection.

The insightful issue text explains the scientifically accurate diagrams featured on each of the stamps and was prepared by Cambridge university experts and Professor Hawking.

Stephen Hawking endorsed the stamps, saying: "I am honoured to have both my face and life's work featured alongside Albert Einstein and the commemoration of 100 years since the publication of his theory of general relativity."

Available in this collection is:

Personality rights of ALBERT EINSTEIN are used with permission of The Hebrew University of Jerusalem. Represented exclusively by Greenlight. 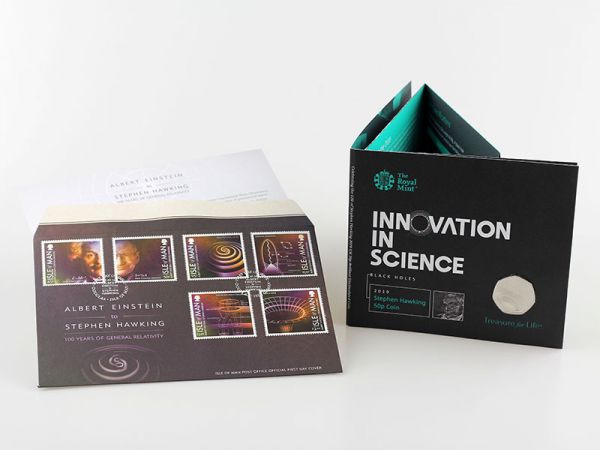 An uncirculated UK 50 pence coin commemorating the late physicist Stephen Hawking, who passed away in 2018 at the age of 76. Written above his name on the coin is the Bekenstein-Hawking formula, which describes black-hole entropy, and shows that the surface area of a black hole expands as it consumes more matter. 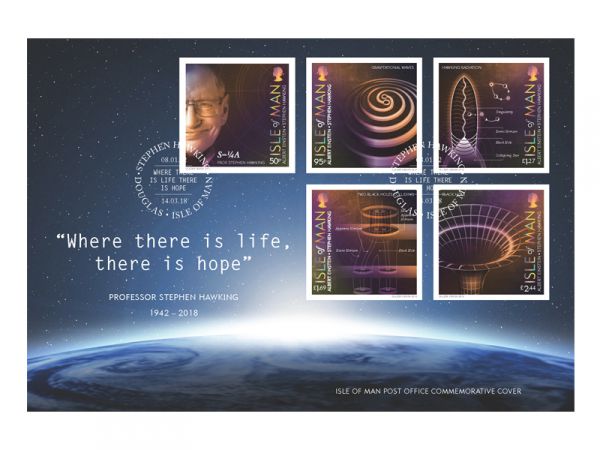 This Special Commemorative Cover is issued to celebrate the life of Professor Stephen Hawking who sadly passed on 14th March 2018. 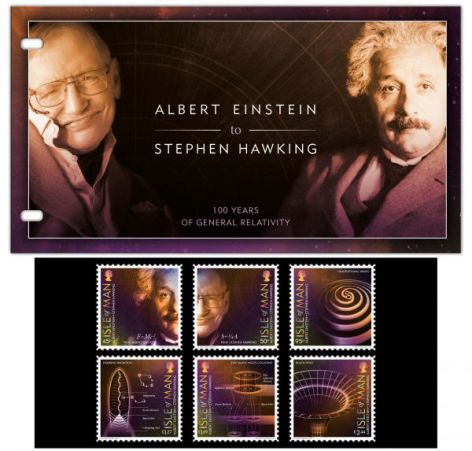 The six intricately detailed stamps from the 100 Years of Relativity issue are perfectly showcased in this attractive presentation pack. 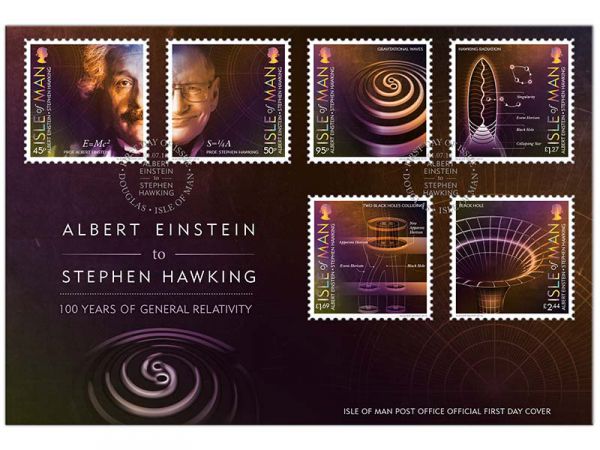 This luxurious first day cover is exclusive to Isle of Man Stamps and Coins and would make an excellent edition to any collection of first day covers.

It features the six dynamic stamps from the 100 Years of Relativity issue and a unique postmark for the first day of issue. This cover comes with a filler card with issue text written by Prof. Stephen Hawking, Prof. Malcolm Perry and Sasha Hajnal-Corab. On the back of the envelope there is also a further endorsement from Stephen Hawking. 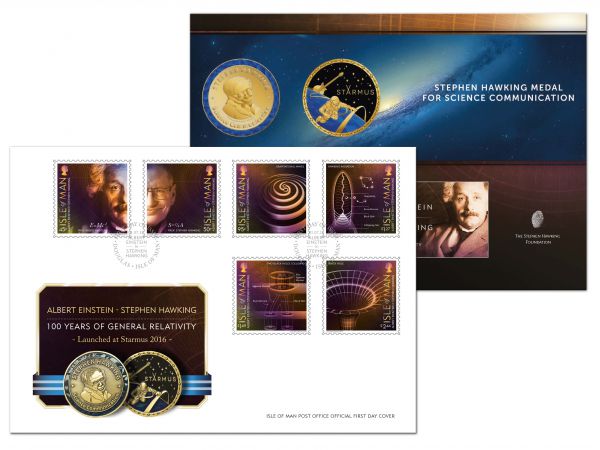 Starmus science festival in the Canary Islands is a tribute to Professor Stephen Hawking with a medal named in his honour. As a lasting souvenir of Starmus we are pleased to present this special envelope featuring a full set of stamps from our 100 Years of Relativity collection.

The six intricately detailed stamps use a rare iridescent foil printing technique on the words 'Isle' and 'Man' and the Queen's head along with warm earthy colours to create a scientific and atmospheric look and feel to the collection.