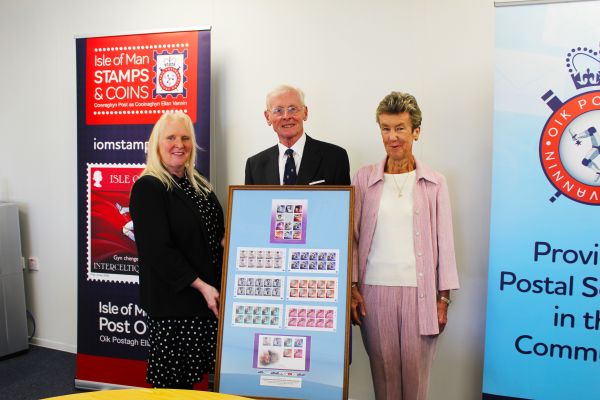 Isle of Man Post Office (IOMPO) was delighted to welcome His Excellency the Lieutenant Governor Sir Richard Gozney and Lady Gozney to Postal Headquarters on Wednesday, for a tour of its Stamps and Coins division, on the occasion of Her Majesty The Queen’s 95th birthday.

Hosted by the Chairman of IOMPO Ms Julie Edge MHK, His Excellency and Lady Gozney’s visit began with a brief history of the Stamps and Coins division, which has become world-renowned for its variety of stamp issues since IOMPO became independent in 1973. This was undertaken by Maxine Cannon, General Manager of Stamps & Coins, showing the guests the early stamp issues produced to one of its most recent issues the ‘Devoted to Your Service’ collection – a set of stamps which reflect upon Her Majesty The Queen’s lifetime of devotion to the Crown, her people and her service. This was a highly apt issue to feature on a day which saw Her Majesty turn 95 years of age. 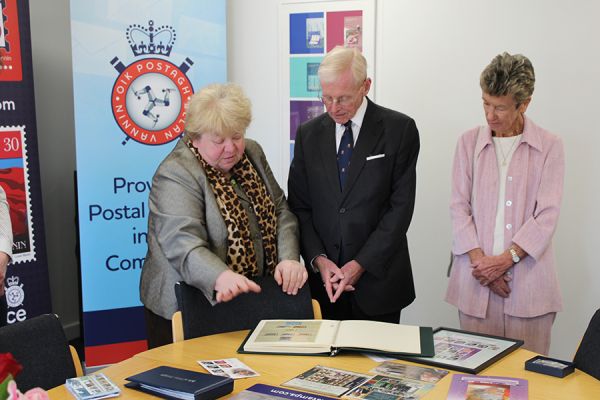 His Excellency and Lady Gozney then undertook a tour of Stamps and Coins, based in the Integrated Mailing Solutions division of IOMPO. The tour was led by Russell Cowin, General Manager of IMS, and enabled the honoured guests to see first-hand the day-to-day workings of the division, how the stamps issues are produced, collated and packaged ready to be sent to all corners of the globe, as well as meet with the team. There was also the opportunity for His Excellency to try his hand at postmarking a first day cover! Before their visit came to a close, Ms Edge MHK presented a framed set of the ‘Devoted to Your Service’ collection as a keepsake of the HM The Queen’s milestone birthday and his visit to IOMPO. 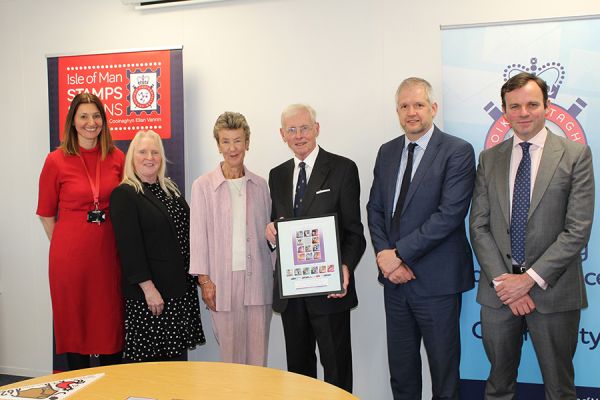 Julie Edge MHK, Chairman of IOMPO said: “It was a privilege to welcome His Excellency and Lady Gozney to Postal Headquarters so they could learn more about our Stamps and Coins division. His Excellency has been a keen supporter of Isle of Man stamps throughout his tenure and so to host a visit was a great opportunity for us to further highlight the excellent work undertaken by this team. Isle of Man stamps play an important role in promoting our beautiful Island by featuring on letters and parcels to destinations around the world. As IOMPO is only two years away from reaching its 50th anniversary as an independent postal authority, the visit was a timely opportunity for us all to reflect on the fascinating history of Isle of Man stamps thus far, from them being featured at numerous notable events to even travelling to space and back!"

His Excellency said: “It was good to see the thought, care and hard work which goes into Isle of Man stamp issues. We all hope that the results will encourage more philatelists to include the Isle of Man in their collections.”