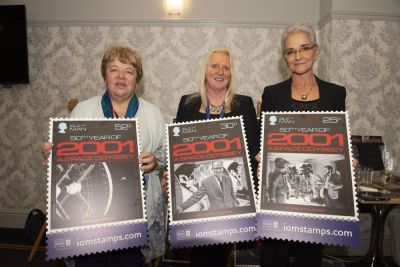 Katharina Kubrick, daughter of the late Stanley Kubrick was welcomed to the Island especially for the occasion where she conducted a Q and A session with film critic Mark Kermode and accepted a special framed set of our 2001: A Space Odyssey collection. Chris Stott of ManSat, Ben Glazier who designed the 2001 stamps, and Howard Parkin, Astronomer to Isle of Man Government were also in attendance on what was an incredible evening, for which Isle of Man Post Office was honoured to be involved.

Maxine Cannon spoke at the event, conducting a moving speech about Chris Stott of ManSat and also presented him with a bespoke framed set.

Unsurprisingly, the event has been covered in press, particuarly Katharina's attendance for which she was full of praise for both the Island and its location for film making. 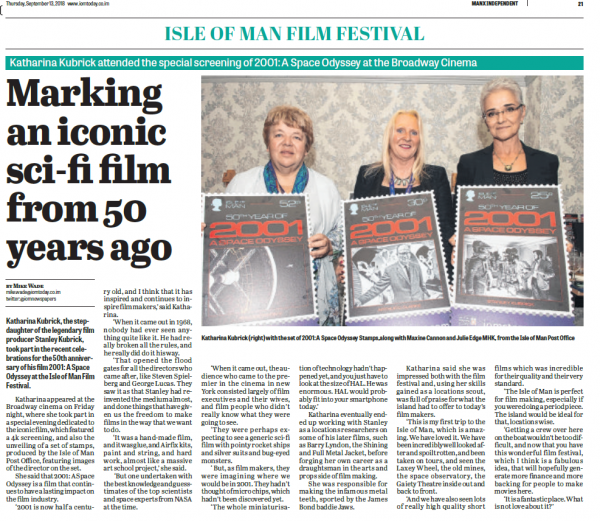