“All Aboard Please!” Manx Buses Part 4

Isle of Man Post Office is pleased to present a set of six stamps showcasing a selection of buses in public service on the Island from the period of nationalisation in 1976 to the present day.

We chatted to stamp artist Peter Hearsey and Director of Transport Services Isle of Man, Ian Longworth, about the new stamps:

The set features Manx buses from both the Douglas Corporation and Road Services fleets from the 1950s through to nationalisation in 1976 when the two fleets were amalgamated under government control as Isle of Man National Transport.

Leyland Leopard 1979/80 (Ex-Ribble)
Among the large number of second-hand buses to enter the Isle of Man fleet were ten former Ribble Motor Services Leyland Leopards. In this image one of the Leopards is shown repainted in its National Transport livery though some initially ran in Ribble colours for a time.

Leyland Lynx 1988 (Leyland Bus demonstrator)
One of the last buses from famous British manufacturer Leyland Bus was the Leyland Lynx. The Isle of Man bought two new models in 1990 followed by nine second-hand examples from Halton Borough Transport in 1997/8. The example depicted was a demonstrator on loan from Leyland Motors and temporarily given Manx registration BMN 88G.

Volvo B9TL 2009 (New to Bus Vannin)
Volvo B9TLs arrived in 2009 and though they carried a livery similar to the East Yorkshire fleet, they were in fact new to the Island’s Bus Vannin operation. Later examples of Volvo double deckers acquired by Bus Vannin wear the silver/grey livery.

The images for this wonderful issue have been specially commissioned from renowned motorsport and transport artist Peter Hearsey, while local historian and author Richard Davis provides expert commentary.

Richard Davis
Richard was born in Douglas in 1946 and still lives on the Island. Retired after 30 years’ service in the Isle of Man Constabulary, Richard is a well-known author and historian having published seven books relating to the Island’s history and buses: Buses of the Isle of Man 1945 – the Present Day, Douglas Corporation Transport Buses – Centenary Edition, Isle of Man Road Services Buses and four volumes of Those Were the Days. When not researching or writing books, Richard spends time restoring and displaying his vintage buses at transport events in the UK and Ireland. 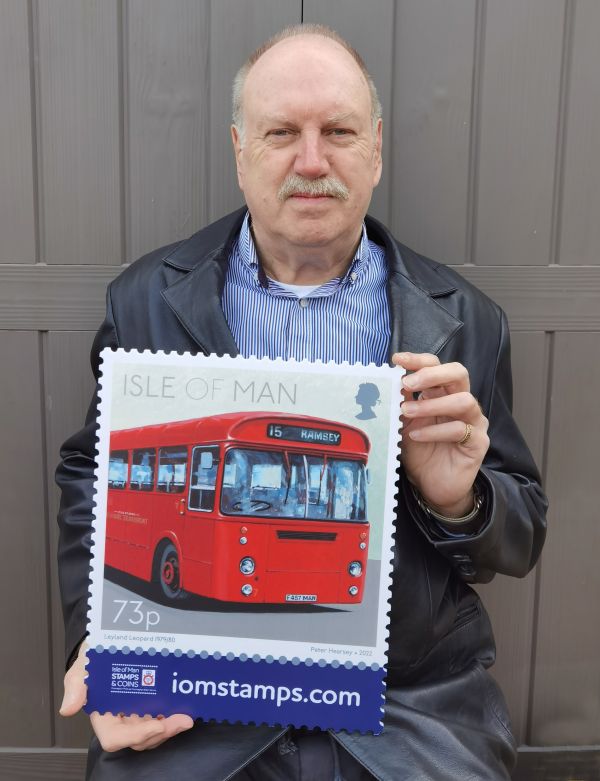 Peter Hearsey
Peter was born in Tiverton, Devon and grew up in London where, after leaving art school, he worked in advertising for several years before moving to the Island in 1977. He is an elected member of the Automotive Fine Arts Society in the USA and his paintings and etchings of historic motor racing scenes are collected worldwide. Since working on the first “All Aboard Please!” stamp issue in 1999 he has produced the artwork for various other stamp issues and has enjoyed working with Richard Davis on this latest set. 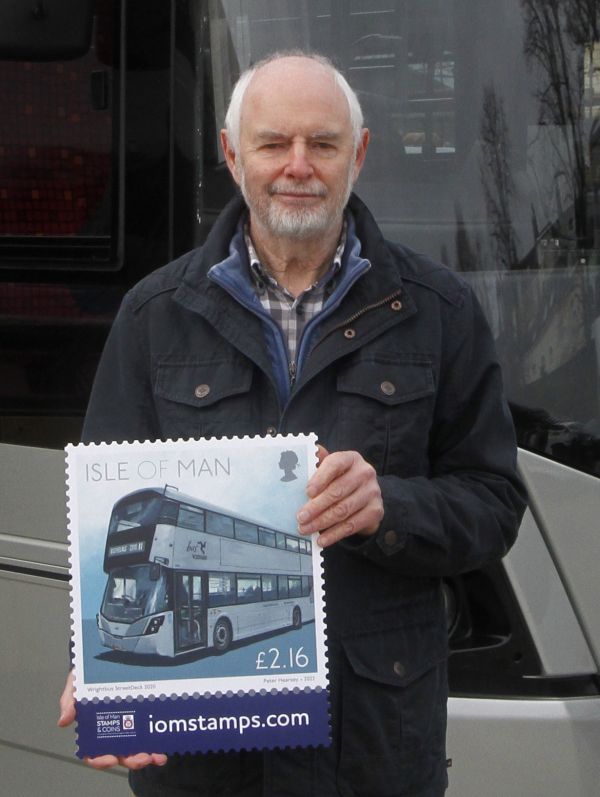 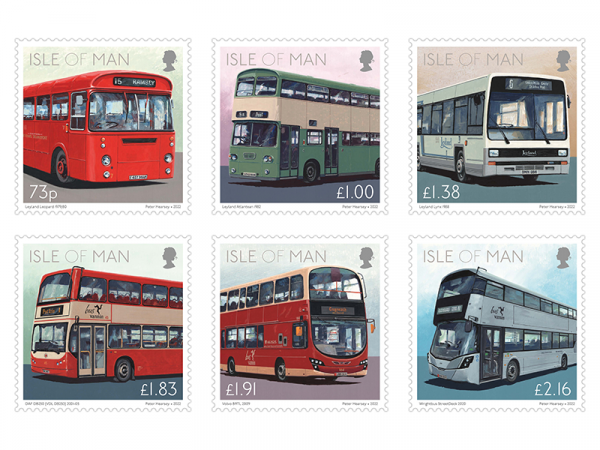 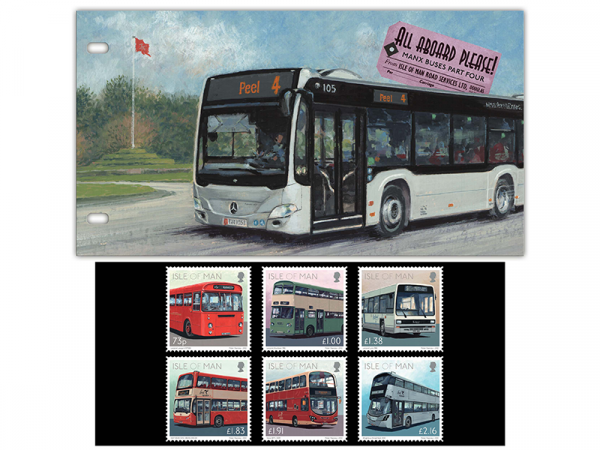 The colourful set of six stamps from the 'All Aboard Please!' Manx Buses Part Three collection are presented on a black mount which safely holds the mint set of stamps in this four-sided mini-folder. 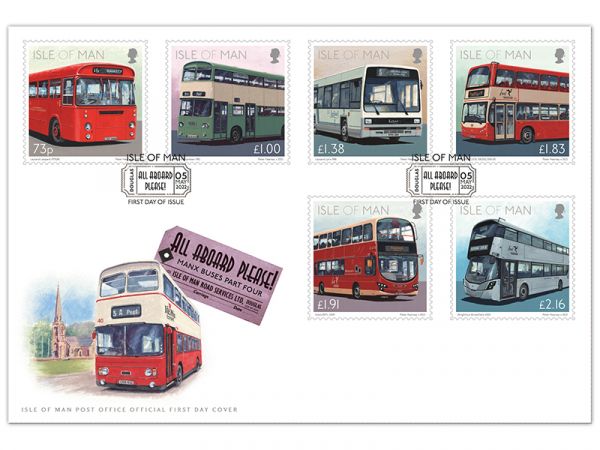