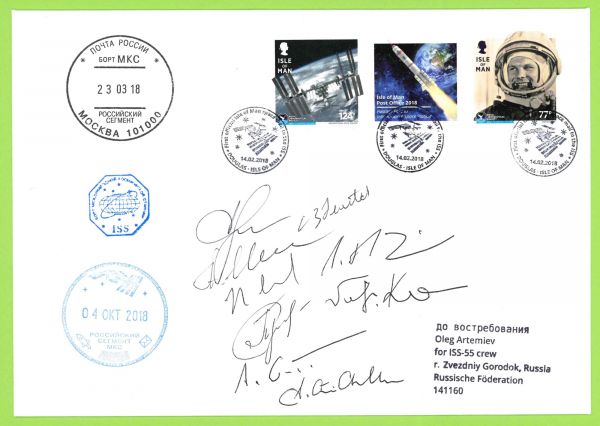 Isle of Man Post Office is pleased to announce offering of this extremely special cover as commissioned by the Sieger of Lorch Germany. This cover is not a private mail but an official space mail released by an independent postal administration. With this cover you will own a sensational gem and for which we have ONLY 10 AVAILABLE.

The cover is authenticated with a detailed certificate from Walter Hopferwieser from Austria, the associate expert for space mail and editor of the catalogue entitled "Pionierraketenpost und kosmische Post" (pioneer's rocket mail and cosmic mail).