Isle of Man Post Office is delighted to present a set of twelve stamps marking 100 years of the BBC. The Corporation has been such a big part of all of our lives, informing, educating and entertaining us across ten changing decades. Manxman Sir Frank Gill played a vital role in the formation of the BBC, convincing six organisations to form under the British Broadcasting Corporation entity. As it marks its centenary moment, the BBC reflects on its past but more importantly looks forward dynamically to the next 100 years. This stamp set does the same: it highlights some of the great BBC moments that have touched our lives and it presents them in a modern, contemporary design relevant for audiences of all time.

Designed in partnership with the BBC, we are honoured to present this landmark stamp issue commemorating the centenary year of this British institution.

Each stamp features a unique icon of BBC broadcasting:

The Tardis from Doctor Who, the longest running sci-fi series in the world, underpinned by some intergalactic explanation: “Time and Relative Dimensions in Space.”

The Blue Peter badge from the longest-running children’s show in the world, with its famous instruction: “Here’s one I made earlier.”

The BBC News globe, symbol of international communication, with its on air announcement: “Here is the News from the BBC.”

A heritage Match of the Day ident from the much-loved BBC Sport programme, together with the memorable World Cup 1966 commentary: “They think it’s all over... it is now.”

A stunning bird of paradise from the BBC Natural History programming, championed by Sir David Attenborough, with his important global message: “The future of life on earth depends on us now”.

Blackadder’s ruff with eponymous adder emerging from it from the BBC Comedy series of the same name, together with his wily words: “I have a cunning plan!”

A musical symbol of the BBC Proms, the largest classical music festival in the world, with its open-hearted message: “Welcome to the BBC Proms from the Royal Albert Hall.”

Just one of eight Desert Islands Discs, the show that was recently voted the best radio show ever, with the immortal instruction: “Eight tracks, a book and a luxury.”

The BBC Bitesize logo, celebrating the groundbreaking education service for young people, linked to the words of the BBC mission: “Inform, educate, entertain!”

We are very grateful to Robert Seatter, Head of History at the BBC and his team for their persistence in sourcing the best images for our stamps, providing us with the BBC Centenary logos and design guides and for their support throughout the design process. 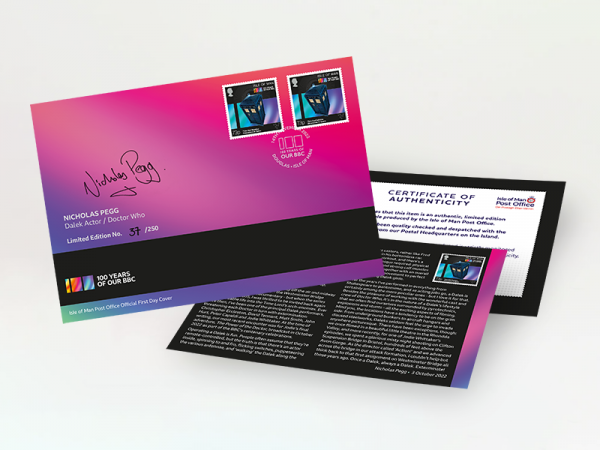 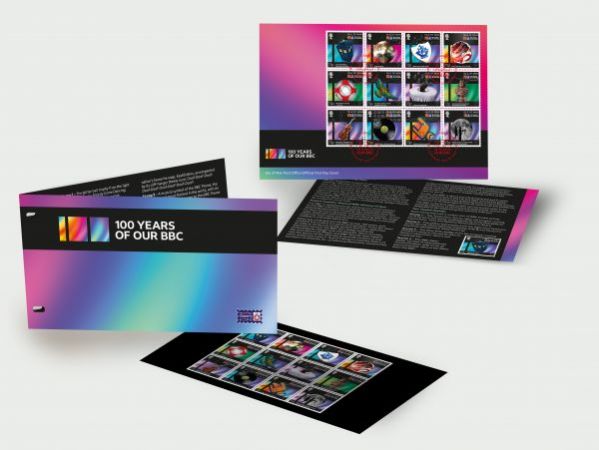 100 Years of Our BBC Collector's Pack

Produced in partnership with the BBC, we are delighted to present this must have Collector's Pack commemorating the centenary year of this British institution. 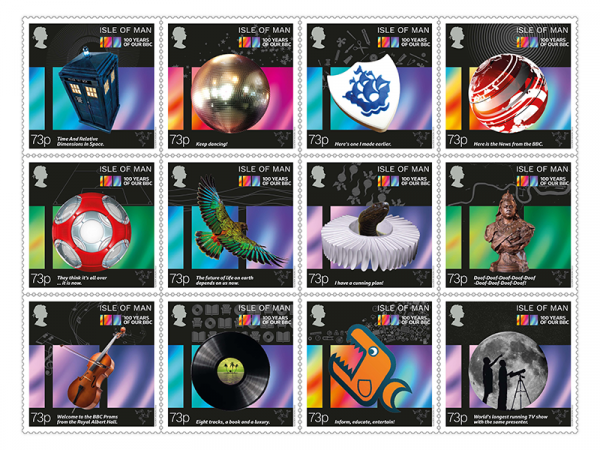 Produced in partnership with the BBC, we are delighted to present this set of twelve stamps commemorating the centenary year of this British institution. 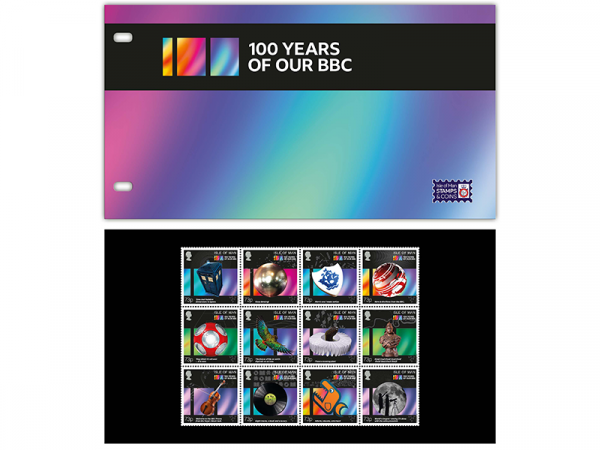 100 Years of Our BBC Presentation Pack 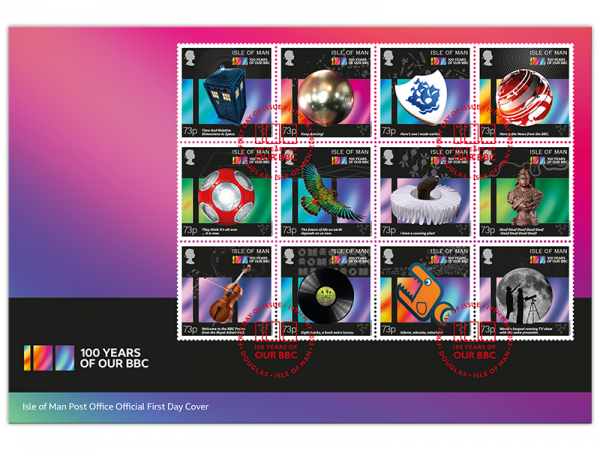