Isle of Man Post Office is pleased to present a set of six stamps to mark the 150th anniversary of the death of Charles Dickens, one of the world's most famous and loved writers. Our stamps feature five engravings from his most famous book A Christmas Carol and a miniature portrait of the author from the same period as the book was written. In this collection we reflect on the story of his major triumph and how it changed Christmas forever; as well as encapsulate a key moment from his celebrated life and times.

2020 marks the 150th anniversary of the death of renowned Victorian writer Charles Dickens. Regarded by many as the greatest writer of his era, we are proud to commemorate his finest works in this wonderful collection of six stamps.

This six stamp collection sees a collaboration with The Charles Dickens Museum and brings together a series of authentic period artworks coupled with a backstory based around Dickens and his best-known novel, A Christmas Carol. The accompanying text written by Geoffrey Sanderson tells the story of Dickens’ most famous novel via original period engravings which have been digitally coloured by our designers.

Of the set, five stamps feature the colourised original hand-tinted engravings by illustrator John Leech, A Christmas Carol. The stamps chronologically progress through the storyline of the well-loved tale, leading up to our sixth stamp of Dickens in a colourised portrait format.

The sixth image differs from the style of the previous five examples. Featured is a portrait painted by Margaret Gillies, at the time during which the author wrote A Christmas Carol.  This artwork is referred to as the Lost Portrait, as the piece was missing for over 130 years before its recent rediscovery in South Africa.  The portrait is now housed in the Charles Dickens Museum. 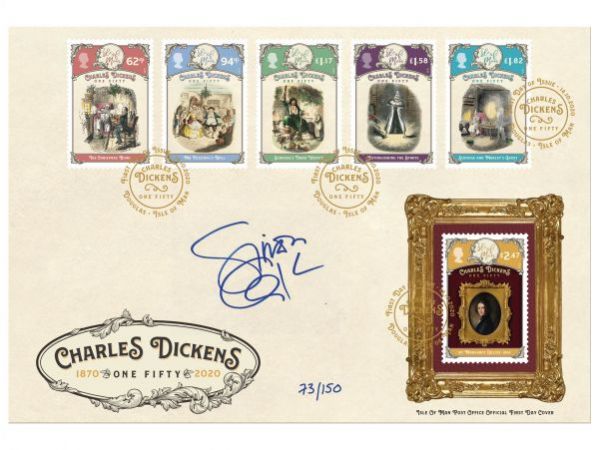 We are honoured to present a limited edition of only 150 first day covers, signed by Actor and Patron of the Charles Dickens Museum, Simon Callow CBE. 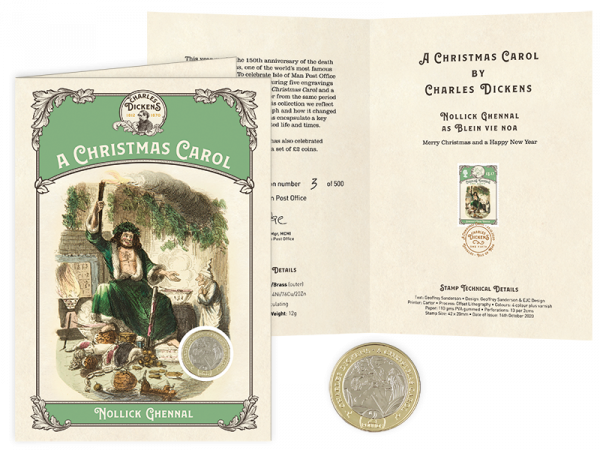 Featuring imagery taken from the Charles Dickens 150th anniversary issue, presented on this Christmas card.
The card includes the Ghost of Christmas present coin. The remaining two coins in the set are supplied in Treasury plastic cases.
**Only 30 available** 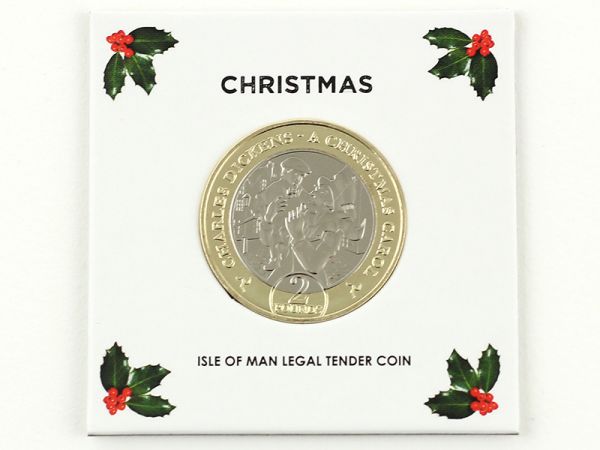 To mark the 150th anniversary of the death of Charles Dickens, we are delighted to offer this pair of coins depicting Tiny Tim and the Ghost of Christmas Past.