Chinese Year of the Rabbit

In collaboration with artist and illustrator Stanley Chow.

Continuing the Isle of Man Post Office’s association with Chinese New Year, for 2023 we present the Year of the Rabbit designed in collaboration with artist and illustrator Stanley Chow.

The Chinese New Year, celebrated on 22nd January 2023, will see the beginning of one of the most prominently celebrated festivals on the planet. This years lunar animal, the Rabbit, is perceived as graceful, well-mannered and gentle.

Chinese New Year is the cause of the largest annual mass human migration in the world. It is a major holiday in Greater China and has strongly influenced the lunar new year celebrations of China's neighbouring cultures, including the Korean New Year, the Tết of Vietnam, and the Losar of Tibet.

"I’m so pleased to have ‘illustrating a set of stamps’ ticked off on my bucket list. It has always been something I’d wanted to do ever since I started illustrating. Doing this set was extra special as it celebrates my heritage… My parents would have been so proud!" - Stanley Chow

The Rabbit is the fourth animal sign in the Chinese zodiac cycle. The 12 zodiac animals are the Rat, Ox, Tiger, Rabbit, Dragon, Snake, Horse, Goat, Monkey, Rooster, Dog and Pig. Each year has an animal sign according to the 12-year-cycle and holds a special place in ancient Chinese cultural heritage.

We are honoured to have worked alongside artist Stanley Chow, born in Manchester to parents who emigrated from Hong Kong, Chow is a well-established artist and illustrator who has worked with a list of internationally recognised brands such as Manchester United, McDonald's, Lego and Ed Sheeran. 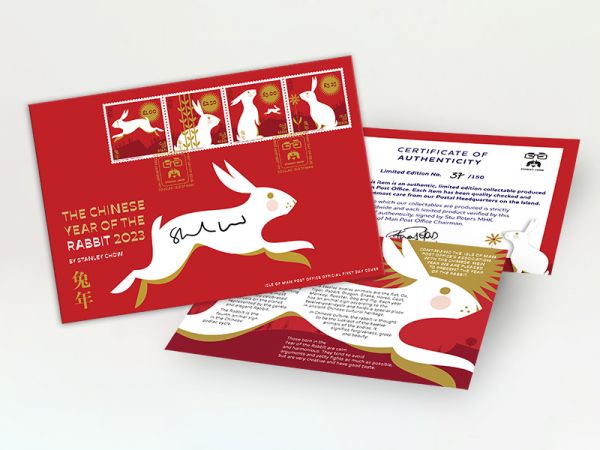 With only 150 available worldwide, this very special Chinese Year of the Rabbit cover has been hand signed by acclaimed artist Stanley Chow. 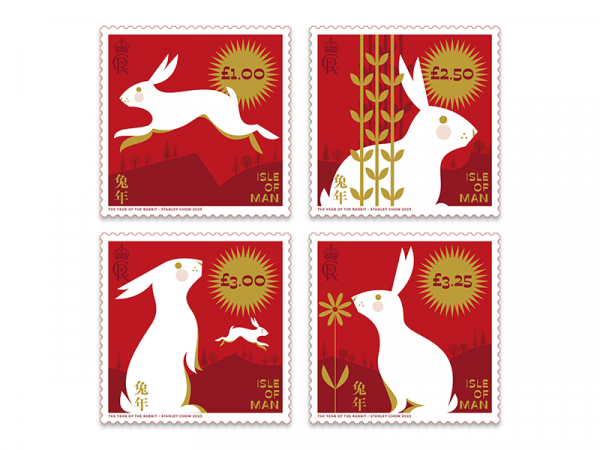 Chinese Year of the Rabbit Set

Designer, Stanley Chow has given careful consideration to Chinese superstition through use of colour utilized in this striking set of four stamps. The gold text upon each stamp reads Year of the Rabbit in Kanji, the Chinese alphabet. 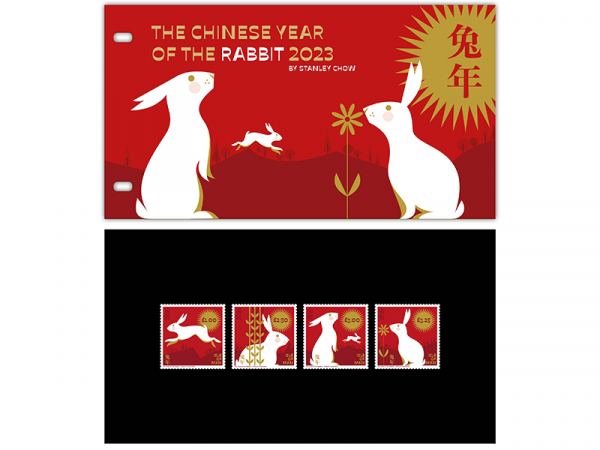 The complete set of the Chinese Year of the Rabbit stamps are beautifully displayed against a classic black mount and housed within this striking, glossy, four page folder. 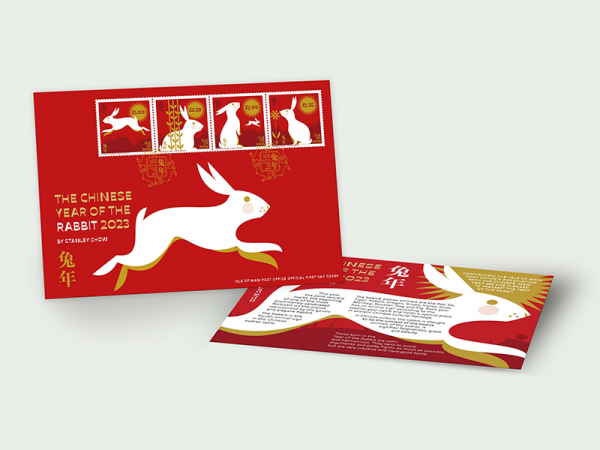 The front cover of this beautifully detailed deluxe envelope features a full set of the Year of the Rabbit stamps, cancelled with a specially designed first day of issue postmark.