Chinese Year of the Tiger by Ana Jaks

Continuing our Chinese New Year series, we present the Year of the Tiger

Manx artist and illustrator Ana Jaks brings the mythology of the adventurous, courageous, impulsive and passionate Tiger to life in this colourful collection celebrating the Chinese Year of the Tiger.

This issue continues the Isle of Man Post Office’s (IOMPO) strong association with the theme, having released numerous stamp issues commemorating the start of the Chinese New Year and including the previous four years; in the Year of the Pig, the Year of the Dog, the Year of the Rat and the Ox (which were the first triangular stamps to be issued by IOMPO).

This collection also continues our tradition of offering young Manx designers their first opportunity to design stamps. The talented Ana Jaks has incorporated aspects of the Tiger’s mythology:

The inclusion of traditional Chinese pottery forms alongside the customary use of gold metallic ink is apposite for this quintessentially Chinese celebration. 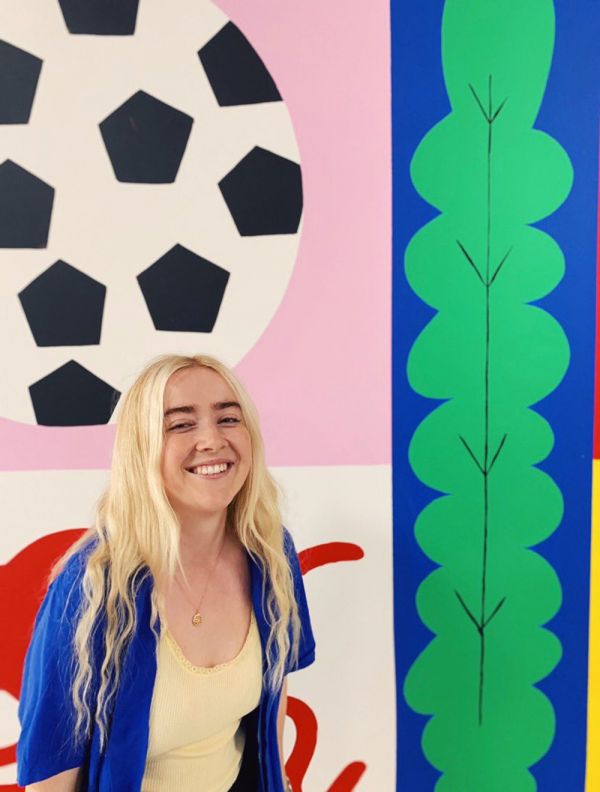 Illustrator and mural painter, Ana Jaks (or Anya Jackson, as known by Island dwellers) was born and raised on the Isle of Man. She studied a two year National Diploma in Art & Design at the Isle of Man College under Ian Coulson, before moving to Cornwall to study a BA in Illustration at Falmouth University in 2012. Between then and now, Ana has been working freelance on and off the Island. In 2017, she spent the spring/summer months working with Henry Bloom Noble Primary School to create a mural, which then led to her studying an MA in Visual Communication at Bath Spa University to explore different media.

She now lives and works in Bristol, honing her craft and sharing a studio space with other illustrators and designers. 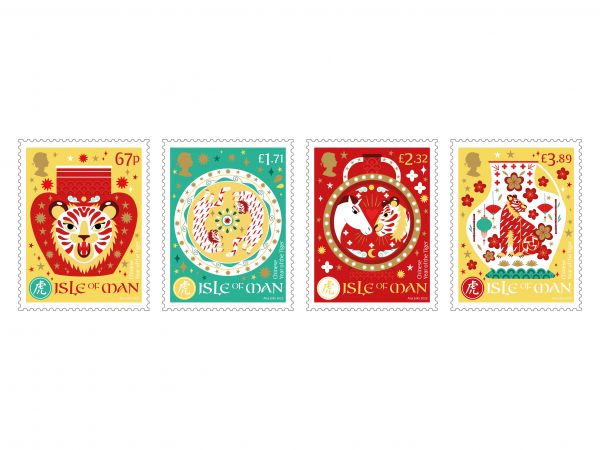 Chinese Year of the Tiger Set and Sheet Set

Manx artist and illustrator Ana Jaks brings the mythology of the adventurous, courageous, impulsive and passionate Tiger to life in this colourful set celebrating the Chinese Year of the Tiger. 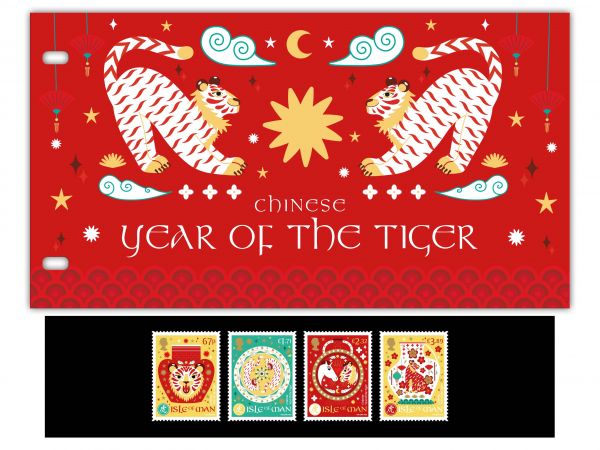 The colourful complete set of the Chinese Year of the Tiger stamps, really ‘pop’ against the classic black mount which is housed within this striking, glossy, four page folder. 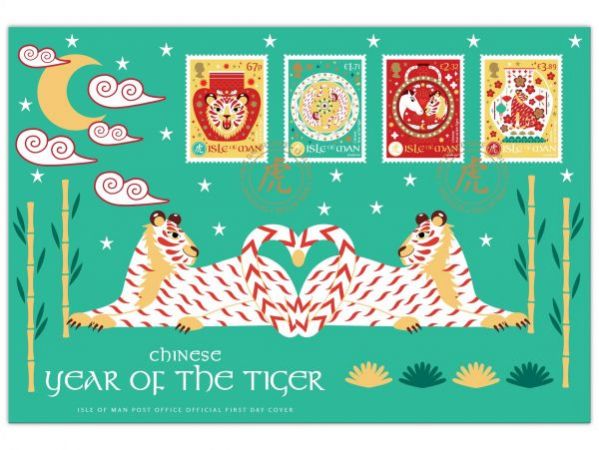 All four Chinese Year of the Tiger stamps are beautifully presented on this bright and bold cover. The stamps are cancelled with a unique gold foil first day of issue postmark.