A tribute to the fallen

Isle of Man Post Office is honoured to mark the centenary of the end of the 'Great War' with a dedicated collection of four commemorative stamp issues.

WW1 Life in the Trenches

The reality of the trench warfare endured during World War One is central to this very special issue, commissioned by the Isle of Man Post Office to commemorate the centenary of the outbreak of hostilities.

The six stamp set features revealing black and white archive photos giving a small insight into the trench life experienced by the troops.

In support of the Royal British Legion, this stamp issue surveys a wide geographical range of battle scenes. This set is the second part of the four year series to mark the period of WWI.

The six stamp images are shown in sepia and black and white with the Royal British Legion red poppy displayed as the symbol of remembrance. The pictures used in each depict and reflect six battle fronts – Palestine: Turkish guns at Harcira in 1917, The Home Front: women shown painting a tank, The Western Front: the main street of Nesle, the Somme 1917, The Eastern Front: Austrians marching through Eastern Europe, Gallipoli: the British at work in 1916 and Italy: Austrians pictured in a glacier, Tyrol 1916.

Battle of the Somme

A set of six poignant stamps in support of the Royal British Legion, commemorating the centenary of the Battle of the Somme, a battle of attrition on the Western Front that proved such a significant lesson to all nations.

The ANZAC Memorials of Rayner Hoff

A set of six stamps celebrating the work of Manx-born sculptor Rayner Hoff whose work adorns the ANZAC memorials in Sydney and Adelaide, Australia. 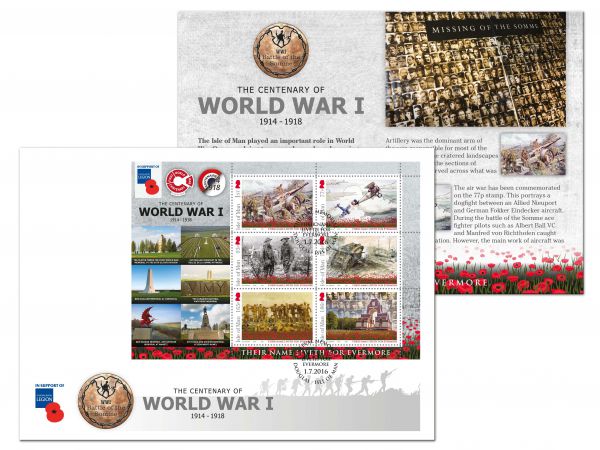 The Centenary of the Battle of the Somme Memorials Commemorative Envelope

To coincide with The Somme Service of Commemoration at the Thiepval Memorial, France we mark the official 100th anniversary of the Battle of the Somme with this multi-national memorial special envelope.

As with the rest of the collectables within the collection, this special envelope is in support of the Royal British Legion 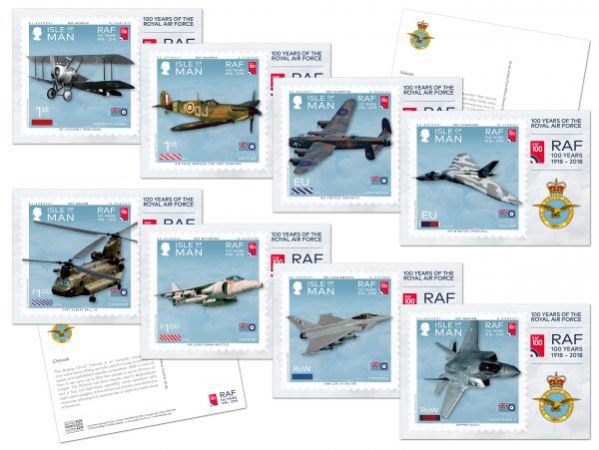 These unique A6 stamp cards are perfectly sized to fit into a collectors’ album or be framed as an eye-catching set. Each of the stamp cards features an enlarged version of one of our special issue of eight stamps celebrating 100 Years of the Royal Air Force.

Perfect for collectors, this exclusive sixteen stamp sheet is available in mint condition or Cancelled to Order. It is presented in a luxurious folder, worthy of this prestige collection. 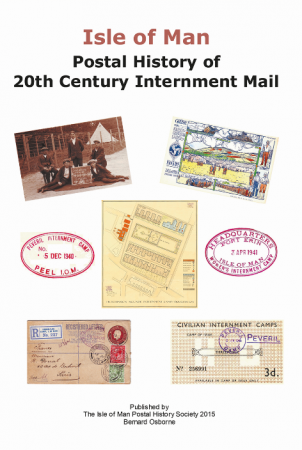 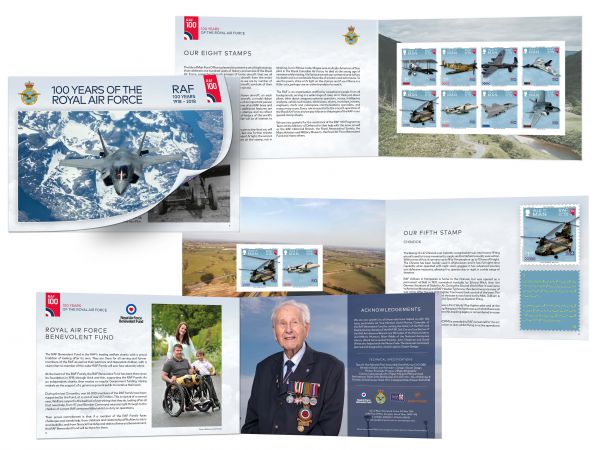 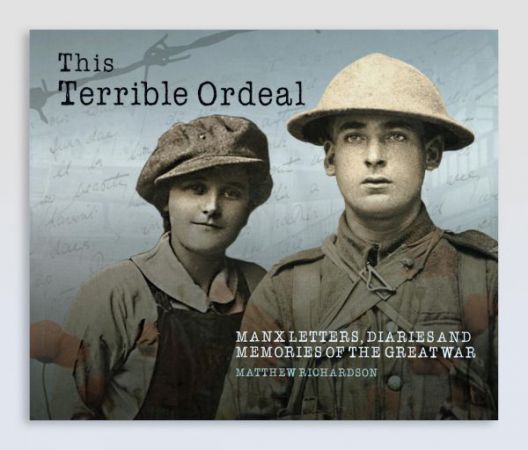 Written by Matthew Richardson, Manx National Heritage Curator for Social History, this fascinating new book charts how the Isle of Man endured the ordeal of the First World War. Previously untold personal stories from men, women and children are revealed, alongside letters home from Manx soldiers and sailors, poetry and art produced in reaction to the conflict.