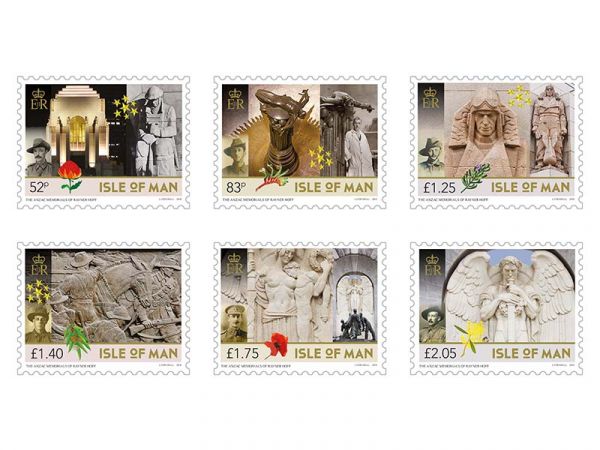 Isle of Man Post Office is pleased to present a set of six stamps celebrating the work of Rayner Hoff. This issue marks the centenary of the end of The Great War and features ANZAC war memorials in Sydney and Adelaide.

The ANZAC Memorials of Rayner Hoff ...