A two stamp collection to celebrate the Royal Engagement

Isle of Man Post Office congratulates HRH Prince Henry of Wales and Ms Meghan Markle on their royal engagement. To celebrate this special occasion we present a set of two beautiful stamps featuring the happy couple.

This very special set of two stamps features two beautiful images capturing the moment that Prince Harry and Meghan Markle announced their engagement with a photo call at Kensington Palace on 27th November 2018.

£1.75 – Prince Harry and Meghan Markle officially announce their engagement in the Sunken Garden of Kensington Palace.

£2.00 – The delight on the faces of the happy couple is apparent as they celebrate their engagement with an official photo call

Prince Harry 33, is known to be "thrilled" to be marrying Ms Markle the US actress 36, after an eighteen-month romance. The union was officially announced with a photo call within the sunken garden, a favourite haven of his late mother HRH Princess Diana of Wales, at the couple's new home of Kensington Palace. The Palace was also the location for the Prince's proposal, at his Nottingham Cottage home nestled in the Palace grounds. Ms Markle said the moment was "just amazing" and "so sweet and natural and very romantic."

Ms Markle's three-diamond engagement ring set on a band of gold was made by Her Majesty The Queen's Court Jeweller, Cleave & Company and designed by Prince Harry himself, using two stones which belonged to Princess Diana. At the centre is a diamond from Botswana, a country that holds a special significance for the Prince who has made numerous visits to the country since boyhood. Prince Harry will have a pivotal role within the Commonwealth, and both he and Meghan are interested in making it more relevant to younger people.

The Queen and Duke of Edinburgh are "delighted" for their grandson and his bride-to-be, and "wish them every happiness together". Both Prince Harry's older brother The Duke of Cambridge and The Duchess of Cambridge are "very excited for the couple."

The Prime Minister Mrs Theresa May offered the couple her "warmest congratulations."
Ms Markle's father and mother issued a joint statement wishing the couple "a lifetime of happiness," adding "we are so incredibly happy for Meghan and Harry."

As one royal insider put it, making reference to Ms Markle's beginnings in Hollywood, and the signature tune of American crooner Frank Sinatra, this royal couple will execute arrangements in the run up to their wedding day on Saturday 19th May "their way." Whether it be the choice of banana, a favourite fruit of the couple, as an ingredient for the wedding cake or the eclectic guest list for the day itself, or an invite from The Queen to join her and the Royal Family at Sandringham this Christmas, there is certain to be a break from tradition.

Fifth in line to the throne, Prince Harry has been dating Ms Markle, known widely for her leading role in the US television drama Suits, since July 2016. Prince Harry asked Ms Markle's father's permission to marry in the summer of 2017.

Prince Harry and Ms Markle will marry at the momentous St George's Chapel, Windsor Castle, just as his uncle the Earl of Wessex did in 1999. The Chapel is one of the most hallowed shrines of the British monarchy; within its walls great kings are buried, including Prince Harry's great-great grandfather George V, his great grandparents King George VI and Queen Elizabeth, Her Majesty's beloved parents. The wedding ceremony will take place in front of a backdrop of sublime examples of heraldic art which date back centuries. 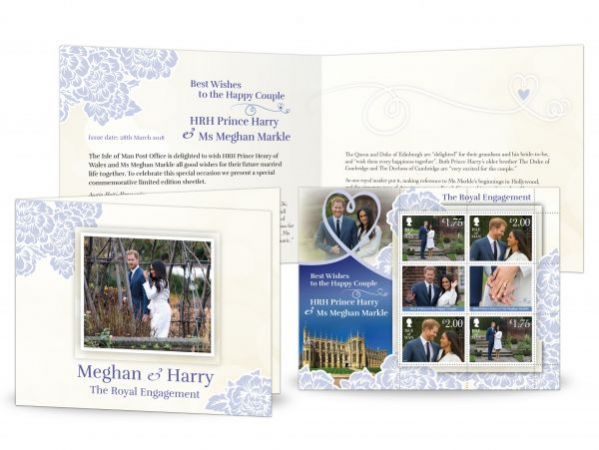 To celebrate the arrival of the new royal baby, we are delighted to offer this wonderful sheetlet collection which highlights Harry & Meghan's love story, from the announcement of their engagement, to their royal wedding and the birth of their baby boy, Archie Harrison Mountbatten-Windsor. 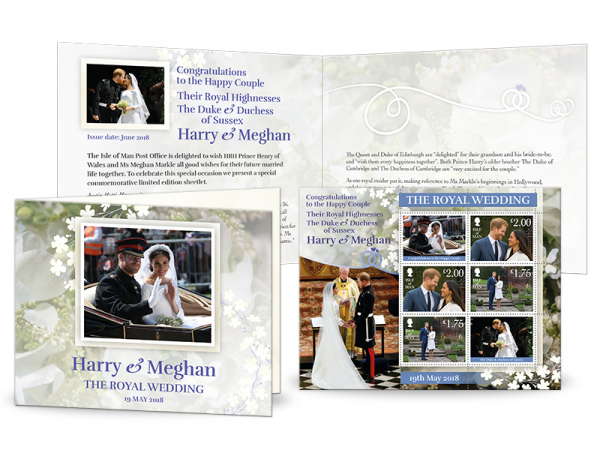 Capturing the most beautiful, standout images of The Duke and Duchess of Sussex on their wedding day, this sheetlet is the perfect way to complete your Harry & Meghan - A Celebration collection. 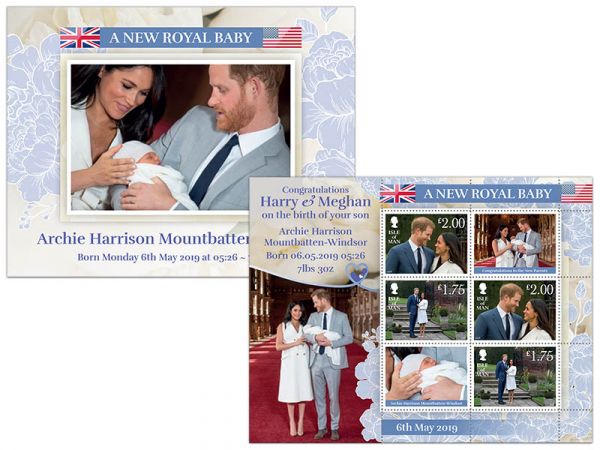 To celebrate the birth of the new royal baby - Archie Harrison Mountbatten-Windsor, we are delighted to issue this delightful sheetlet which is a limited edition of only 5,000. Featuring new, official images approved for use by the Duke and Duchess of Sussex, this sheetlet contains all the key details about the new arrival, all perfectly contained inside a pictorial folder. 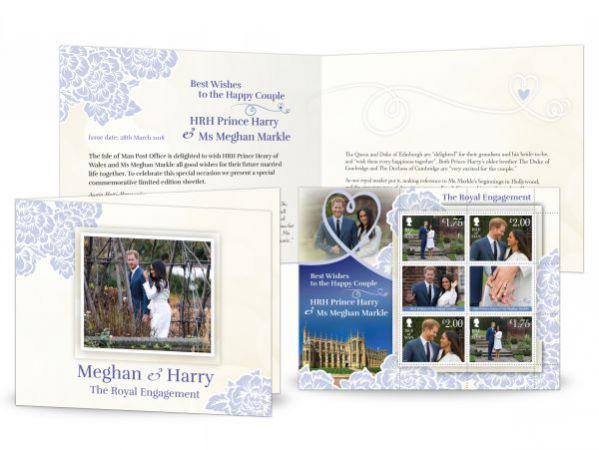 This wonderful postal tribute, composed of two sets from the Harry & Meghan - A Celebration issue is elegantly presented in a presentation album. Complementing the text written by Austin Mutti-Mewse are images taken of the couple on the day of their engagement announcement in the sunken garden at Kensington Palace.