The 2013 collection features an array of subjects, from royalty to wildlife.

The 2013 collection of Isle of Man coins features a wonderful array of subjects, from royalty to wildlife, with stunning designs which make these exclusive collector's items brilliant gift ideas and essential for numismatists.

Alongside its famous stamps, the Isle of Man also creates acclaimed coin issues, and our collections for 2013 are stunning collector's items.

With a wide range of designs, affordable prices and free worldwide delivery, they make important additions to collections as well as wonderful gift ideas.

For 2013 you can choose from a fabulous selection of Isle of Man Treasury crowns, with designs featuring St Patrick and the Snake, the Siberian Cat, the Kermode Bear and Royalty, including Queens Elizabeth II and Victoria.

There is also a nine-coin set of modern coins telling the incredible story of the Isle of Man, with its deep Viking and Celtic roots, plus four stunning crowns celebrating the Winter Olympic Games 2014, in Sochi, Russia.

All our coins come from Pobjoy Mint, the Mint appointed by the Isle of Man Treasury which has been striking coins for the Isle of Man for more than 25 years. As Head of State, an effigy of Her Majesty Queen Elizabeth II, Lord of Mann, sculpted by Ian Rank-Broadley appears on all Isle of Man coins.

To use a boxing term, the Isle of Man 'punches above its weight' in the numismatic world.

Apart from very popular commemorative coins, the Isle of Man issues its own very distinctive circulating coins which are available in uncirculated condition in a full colour pack illustrated with images from the Island.

All proof collectors coins are struck four times to achieve the sharpest possible impression, then submitted to a microscopic inspection to ensure that only coins of the highest quality are encapsulated and boxed, along with their Certificates of Authenticity, before being supplied to discerning collectors. 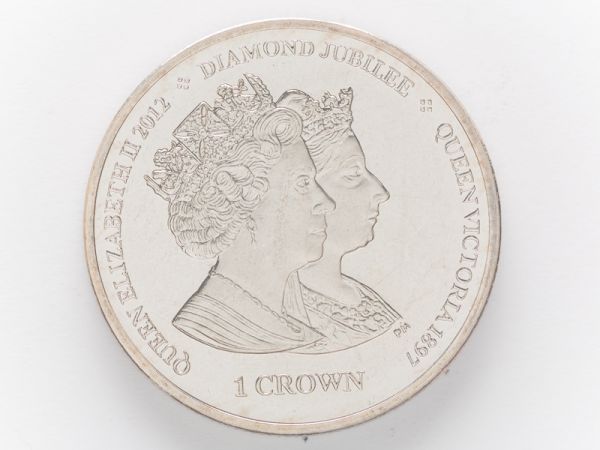 To commemorate the only two monarchs in British history to have celebrated a Diamond Jubilee, Queen Victoria and Her Majesty Queen Elizabeth II, Isle of Man Treasury has created this elegant cupro-nickel Crown featuring a double portrait of the Queens on one side and a double effigy of Queen Elizabeth II on the observe. 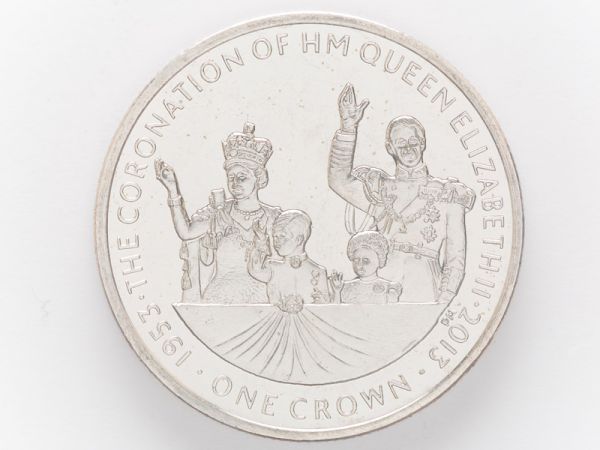 Commemorating 60 years since her coronation, this Isle of Man Treasury cupro-nickel crown celebrates a lifetime of service, picturing Her Majesty Queen Elizabeth II, His Royal Highness Prince Philip and other members of the Royal Family.