Collectables celebrating everything from Royalty to childhood favourites.

The Isle of Man has delighted collectors and enthusiasts with its unique coins for decades, creating exclusive and award-winning collectables celebrating everything from Royalty to childhood favourites.

Working with the Pobjoy Mint, the Isle of Man has produced a wide range of innovative and collectable coins.

They have been issued to commemorate important historic moments, celebrate great events, pay tribute to heroes and even honour world-famous children's characters.

They are important collector's items, as well as affordable gift ideas, provided in a range of wallets and boxes, and with free worldwide delivery.

Pobjoy Mint has been striking coins for the Isle of Man Treasury for over 25 years and Manx coinage is amongst the most innovative in the numismatic world.

Many coins from the Isle of Man have won prestigious awards including the 1990 Coin of the Year Award and the 1984 Best Gold Coin. Other awards include the Most Innovative Coin and Most Artistic in a competition in Russia.

As Head of State, an effigy of Her Majesty Queen Elizabeth II, Lord of Mann sculpted by Ian Rank-Broadley appears on all Isle of Man coins.

Collectable coins include regular TT and Christmas 50p circulating pieces as well as precious metal issues produced in silver, gold and platinum. All proof collectors coins are struck four times to achieve the sharpest possible impression, then submitted to a microscopic inspection to ensure that only coins of the highest quality are encapsulated and boxed, along with their Certificates of Authenticity, before being supplied to discerning collectors. 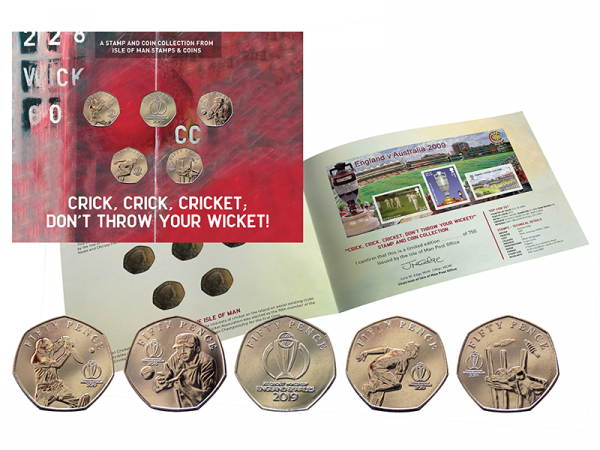 Congratulations to England - 2019 Cricket World Champions!
We are proud to mark this incredible moment in sporting history with a bespoke coin and stamp gift pack featuring five cricket 50 pence coins.

This collection includes 10 various Isle of Man £2 coins with savings on purchasing each one individually. 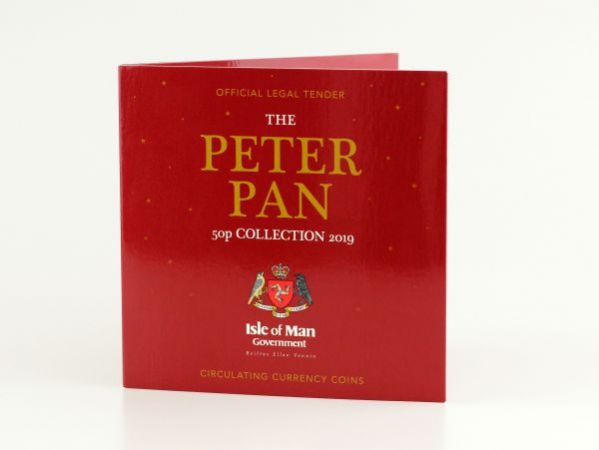 This collection includes 15 Isle of Man 50p coins with savings on purchasing them all individually.