A beautiful set of six stamps from author and photographer Ray Kelly.

Kindly be advised that products from this collection are no longer available for purchase. However, you can find more information about the issue in our media centre, or by clicking here.

Alternatively, details about all of our collections to date, including expertly written issue text from all of our stamp issues can be found in our newsletter archive located here.

The Isle of Man Post Office is delighted to present a set of six stamps featuring the work of photographer, author and historian Ray Kelly, showcasing a selection of picturesque stone ruins that grace the Island's landscape.

Photographer and author Ray Kelly started his photographic recording of Manx Tholtans some thirty years ago with the aim of capturing the fragile ruins of old Manx farm and Industrial dwellings. Ray began documenting the buildings after he observed how quickly the ruins would decline and felt he had to create a record of them as they stand today before they disappear forever.

The beauty of these fascinating buildings is captured perfectly in this stamp collection which pays tribute to Ray's remarkable work and provides a glimpse into the Island's rural history.

It is from the old hill farms, homesteads and mills that the Island people originated and some of the traditional farming ways are still vivid in my memory. As I walked the hills and the valleys I wanted to capture the old ways in my photography as a means of an almanac, to preserve their images for the future. I have encountered Tholtans in various states of disrepair; some are a mere pile of stones. Each year they deteriorate further as they are exposed to the elements so it has been important for me to encapsulate their essence before they disappear totally.

The best preserved Tholtans are the ones that still have their roofs intact; or at least some part of the structure remaining. Even the most dilapidated homesteads seem to reveal something about the families who once lived there. It could be the style of the wall construction, lintel indentations that were used as shelving, the rusty old iron stove or washbowl that remains.

I started my photographic recording of Tholtans some thirty years ago and it is with some dismay and sadness that, when I came to compare my images, the rate of deterioration is tangible. I felt that I had been called to record them so I commenced my fascinating journey.

I feel that this project will always be a work in progress as I don't think I can ever say categorically that I have recorded every Tholtan but I am happy that the most important ones are now stored forever, frozen in time on the day I took the pictures. 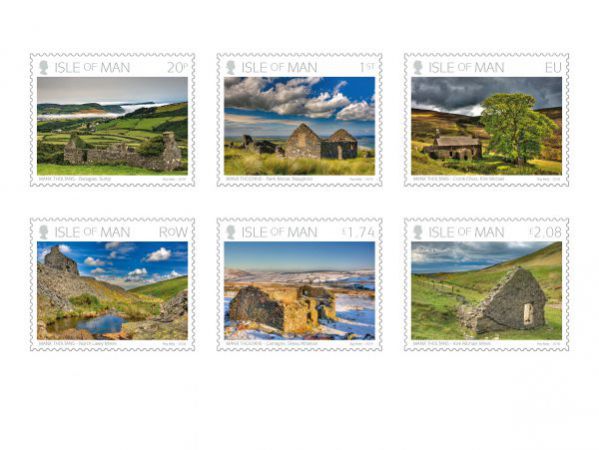 Kindly be advised that products from this collection are no longer available for purchase. However, you can find more information about the issue in our media centre, or by clicking here.

This item is currently out of stock.
×