Welcome To A World Premiere On A Stamp

Isle of Man Post Office is pleased to present this commemoration of the life and achievements of Isle of Man resident Mitch Murray CBE with our dynamic set of ten top stamps.  The issue sees a collaboration with Zappar to bring a world first for a stamp, with Mitch Murray’s brand new composition ‘The Mannin Suite’ being released first and exclusively, for a limited period, ‘Zap-access-only’.

Mitch Murray CBE is a long-time resident of the Isle of Man, having moved here in the 1970s. His varied career began in the 1960s and he has written countless international hit songs covered by a sparkling array of acts from The Beatles to Shirley Bassey. During this time, he has also found success in speech writing and radio broadcasting, and in December 2019, Mitch’s contributions to the entertainment industry were recognised by HM The Queen by the award of a CBE.  Through this nostalgia-tinted stamp issue, we celebrate his multi-faceted and distinguished career, concluding with Mitch's life on the Isle of Man.

Stamp 1: Hits with Gerry and the Pacemakers. This stamp features the song sheet artwork for ‘How do you do it’ and ‘I Like It’.

Stamp 2: Includes the 1964 song sheet artwork for ‘You Were Made for Me’ and ‘I’m Telling You Now’. Mitch is seen with the band in Denmark Street, the ‘Tin Pan Alley’ of the GB music scene.

Stamp 3: From 1965, this stamp shows Mitch’s transition to musical comedy with the song ‘Down Came the Rain.’

Stamp 4: The number one 1968 hit by Georgie Fame, ‘The Ballad of Bonnie and Clyde’. Also included is the certificate of achievement given to Mitch for his ‘outstanding contribution to British popular music’.

Stamp 5: This stamp pictures Mitch’s history with Society of Distinguished Songwriters (S.O.D.S.), amongst whom Gary Barlow is a member. Sods meet on a social basis several times a year, culminating with the famous SODS Ladies Night Ball every December

Stamp 6: This stamp features artwork of the 1967 hit ‘Even The Bad Times are Good’ by the Tremeloes and ‘Hitchin’ A Ride’ by Vanity Fare which typifies a golden period of hit-making for Mitch and his song writing partner Peter Callander.

Stamp 7: Displays Mitch’s work in the early 70s with Tony Christie and his international hits ‘I Did What I Did For Maria’, ‘Avenues and Alleyways’ and ‘Las Vegas’.

Stamp 9: Depicts Mitch as comedy radio and telecoms star with music of the era ‘Goodbye Sam, Hello Samantha’ by Cliff Richard and ‘Turn on the Sun’ by Nana Mouskouri.

Stamp 10: Mitch’s love of the enchanted areas of the Isle of Man has brought him comfort in his writing career, and the famous landmark The Fairy Bridge holds fond memories for him of bringing up his family here.

Inspired by the beauty of the Island he has called home for half of his life, the song-writing legend has been back at work producing a wonderfully evocative symphonic tribute to this magical land with the help of his daughters Mazz and Gina, both West End and recording stars.

To hear this world premiere on your phone or device the process is simple – you download the free Zappar app which opens up a camera view in ‘scanning’ mode. Once the app detects our Zapcode logo watch and listen to enjoy this unique and exclusive work by one of our most-loved British composers of the modern era. 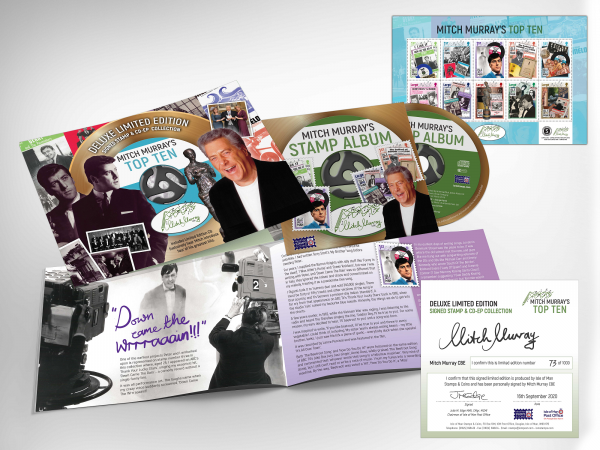 Exclusively hear Mitch Murray CBE introduce four of his greatest hits with this exciting new product release.
This Signed Stamp and CD-EP Collection is a limited edition of only 1000 worldwide and comes complete with access to the world exclusive composition 'The Mannin Suite', 28 pages of nostalgia and a certificate of authenticity which has been signed and numbered by Mitch himself. 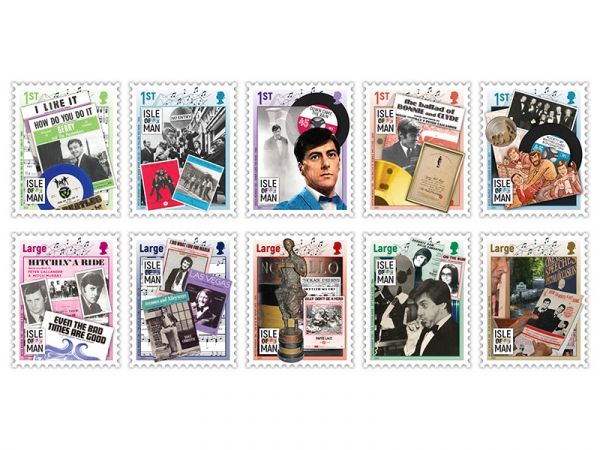 We are delighted to present our latest top 10, the career of songwriter-composer, producer and author, Mitch Murray CBE.
This incredible set of ten dynamic stamps depicts the highlights of Mitch Murray's career, beginning with his first number one records and concluding with his life on the Isle of Man. 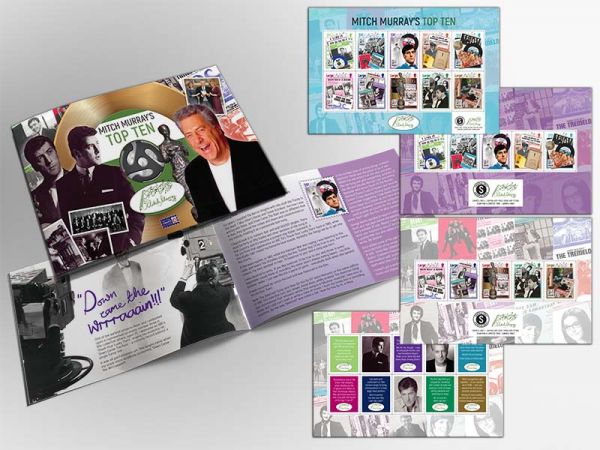 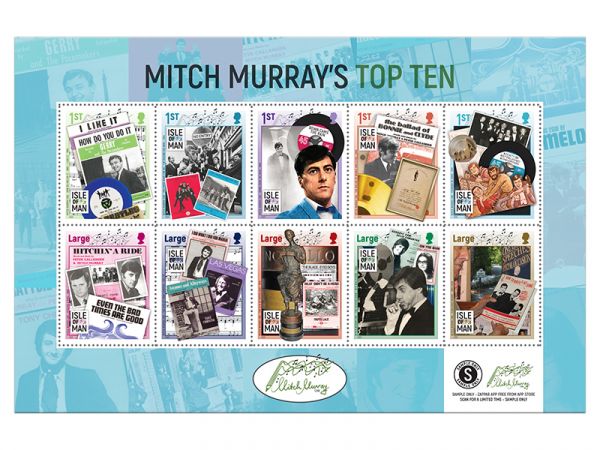 A full set of the Mitch Murray's Top Ten stamps surrounded by an exquisitely detailed border. 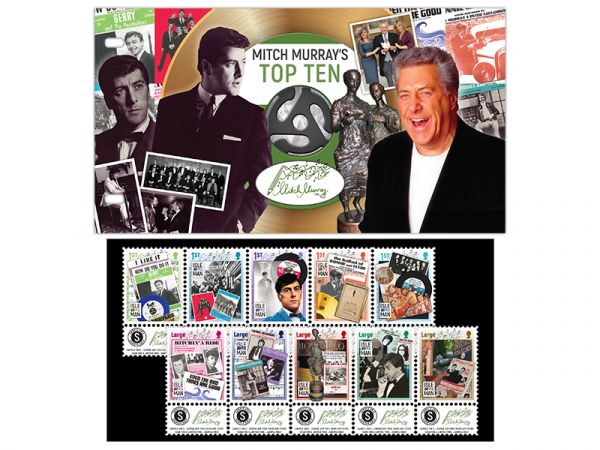 This four page glossy presentation pack combines iconic imagery and fascinating insights into the incredible career of one of the most distinguished songwriters of the modern era, Mitch Murray. 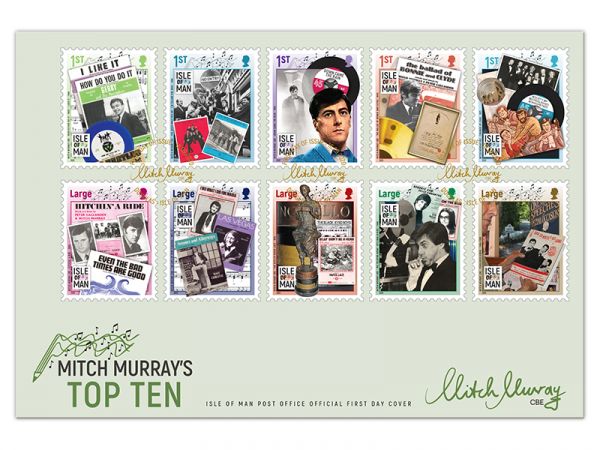 This decorative deluxe envelope features all ten of these phenomenal stamps cancelled with a unique first day of issue gold-foil postmark.