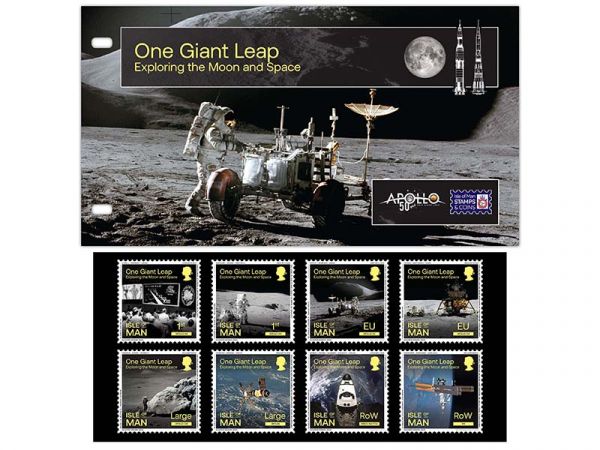 The front cover of this four page, glossy folder displays iconic imagery from the Apollo XV mission, with the Lunar Roving Vehicle - the first lunar surface extravehicular activity taking centre stage. Inside you will gain incredible insight into the missions displayed on all eight stamps, with issue text written by former director of the Johnson Space Center - George Abbey.