In support of one of our nation's most established and respected charities.

The Royal British Legion was formed in the aftermath of the First World War to fight for the rights of those who had given so much and come back to so little. Today, it continues to stand with the Armed Forces community and challenge injustices to ensure all those who have served and sacrificed on our behalf get the fair treatment and recognition they deserve.

This collection is dedicated to all service men and women and all those involved with the Royal British Legion.

Throughout its history the Royal British Legion’s work has left a deep-rooted legacy for generations to come and it remains dedicated to its mission of creating better futures for all those who serve with the British Armed Forces. It has evolved and adapted over time, responding to the changing needs of the Armed Forces community and reflecting the modern-day society in which they play an important role.

The Royal British Legion has always been supported by a network of volunteers, members, fundraisers and partner organisations who share its passion for bringing people together to support, commemorate and celebrate the Armed Forces community. This issue pays tribute to  these people who make the Royal British Legion what it is.

In this, its centenary year, the Royal British Legion is firmly focused on the future and using its 100 years of experience supporting the Armed Forces community to build an organisation fit for the next 100.Perhaps best known for its annual Poppy Appeal and Remembrance services, the Legion is a campaigning organisation that promotes the welfare and interests of current and former members of the British Armed Forces – although service is no longer a membership requirement. In its modern iteration, the Legion has approx. 2,500 branches with more than 235,000 members nationwide.

Locally the Legion has a well-established presence, with 10 branches and clubs across our Island acting as a valuable part of the community, the Douglas branch alone having 1,500+ members. The Royal British Legion plays a vital role to our Island, offering invaluable support to our ex-service personnel and wider community. 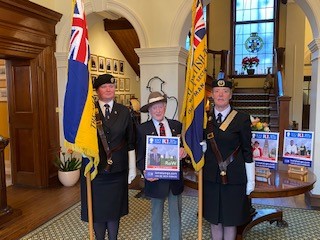 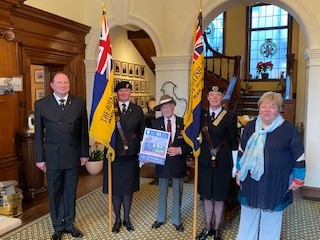 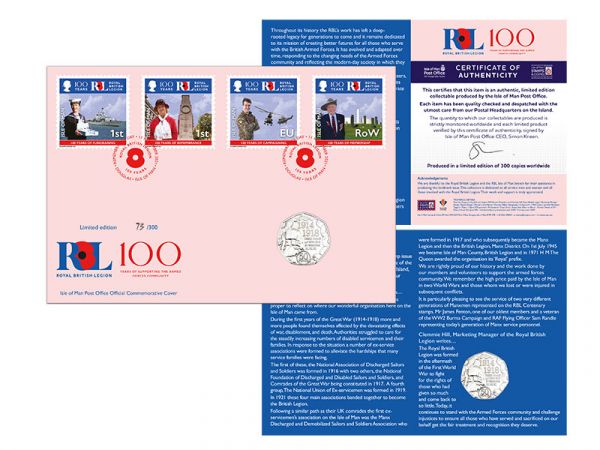 The Isle of Man Post Office is honoured to offer our collectors this very special Philatelic Numismatic Cover (PNC) released in support of the Royal British Legion on 11th November 2021. Limited to 300 units worldwide. 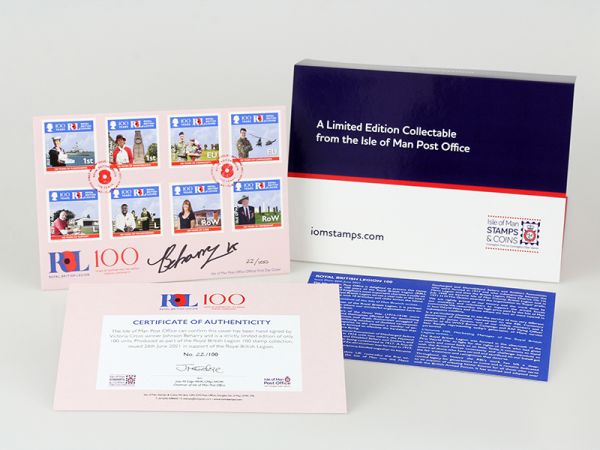 Sergeant Johnson Beharry was awarded the Victoria Cross, the highest award for gallantry given to members of the British military, for extreme heroism in 2004. He is one of only five living recipients of the award.
We are honoured to present this limited edition signed special cover in support of the Royal British Legion. 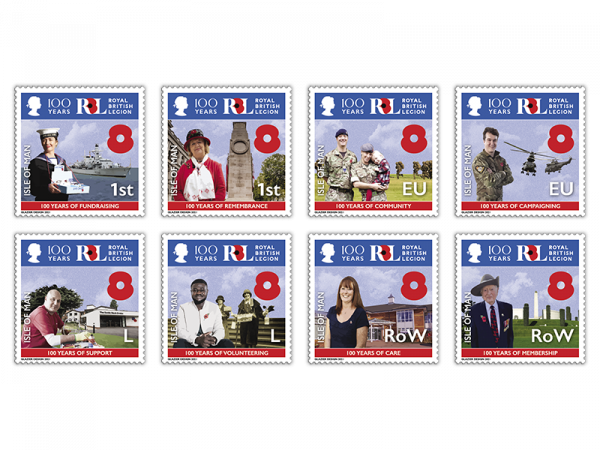 Each of these eight intricately detailed stamps features micro text, including two lines per stamp of the poem “In Flanders Fields” by John McCrae. Also secretly featured under UV light, is a red poppy, printed in a special fluorescing ink, making these stamps the perfect tribute to the Royal British Legion as they mark their centenary year. 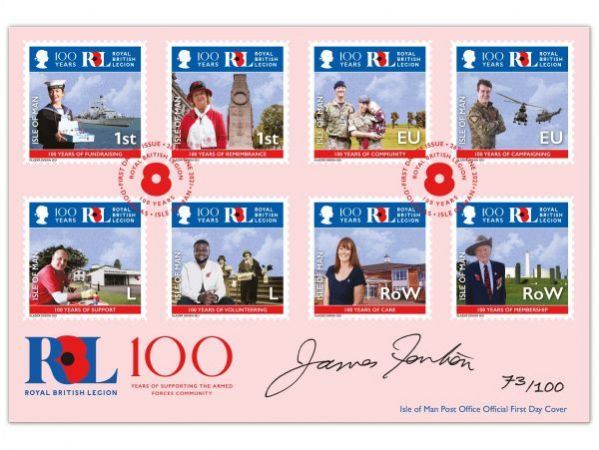 In support of the Royal British Legion, we are honoured to present this special limited edition cover, hand signed by local veteran James Fenton for which there are only 100 available. 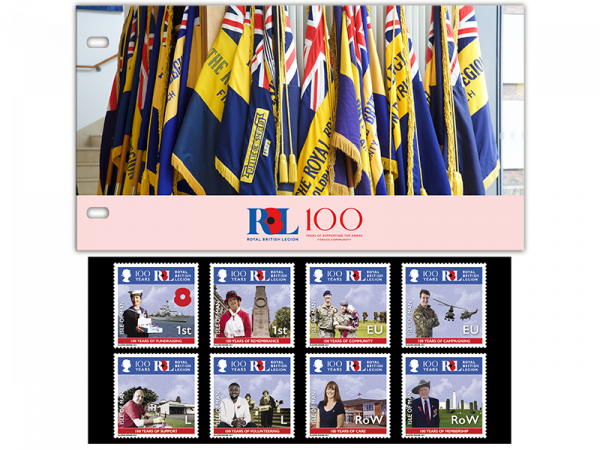 A full set of eight stamps celebrating the centenary of the Royal British Legion can be found protected within this informative glossy four page folder. 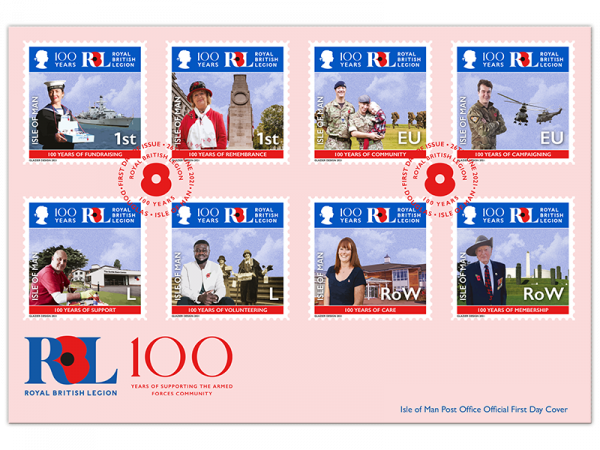 All eight stamps are presented on the cover of this deluxe envelope, cancelled with a special postmark paying tribute to the charities most recognisable emblem, the Poppy. 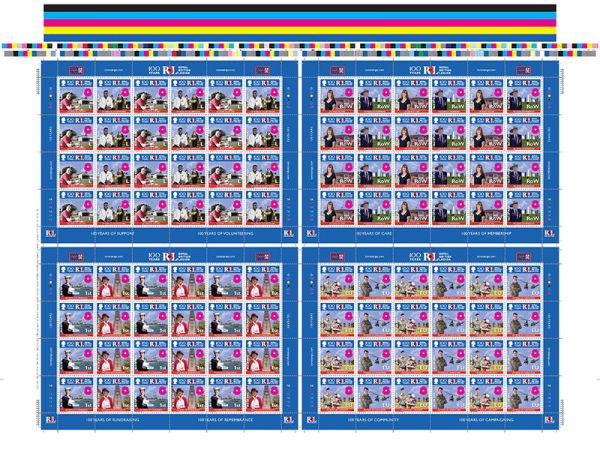 An uncut pane direct from the printer, presented to you exactly how it is run off the printer's press with colour bars still in place.