A celebration of motorcycle history and legendary riders.

For more than 100 years, the Isle of Man has been at the heart of motorcycle racing, with the world-famous TT Mountain Course hosting legendary encounters and sporting heroes like Dunlop, Duke and McGuinness – we celebrate this unique heritage in a range of essential collectables.

Isle of Man Post Office is proud to celebrate the Island's unique motorcycling heritage in a range of exclusive collectables commemorating the epic races and the legendary riders who have graced the iconic TT Mountain Course.

For over a century, the twisting 37¾-mile ribbon of tarmac has attracted the bravest and most talented racers and thousands of fans to the Manx shores for the ultimate road race.

We are delighted to pay tribute to legends like Geoff Duke and Joey Dunlop with label sheets and collectable folders, modern 'King of the Mountain' John McGuinness and scintillating star of the moment Michael Dunlop.

We have special postcards commemorating 90 years of the ever-popular Manx Grand Prix, signed merchandise recalling the historic 1967 showdown between Giacomo Agostini and Mike Hailwood and even genuine tarmac from the TT Course itself – so you can have a piece of the home of road racing in your own home!

They are essential, and affordable, collector's items, and all come with free worldwide delivery.

From its humble beginnings in 1907 as a motorcycle endurance test, the TT has grown in stature, hosting the very first race of the World Championship we know today as MotoGP, attracting great names like Surtees, Fogarty and Hislop and retaining its place as the greatest motorcycle race on earth to this day.

The same Course of public roads is also home to the Manx Grand Prix, which is often seen as a stepping stone to the TT, but also holds its own as a superb series of hotly contested races.

In 2013, the MGP formed part of the brand new Isle of Man Festival of Motorcycling, which is the birth of a new event, and further expansion of the TT brand – the Classic TT.

Millions of people worldwide follow the race action from the Isle of Man, and now they can have their very own piece of the event to own. 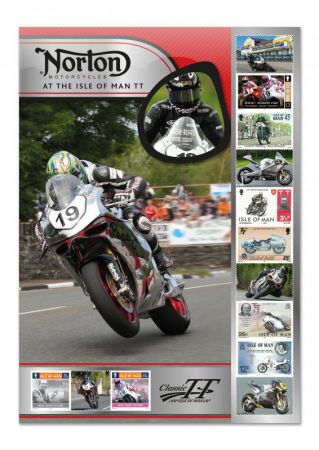 New for the 2015 Classic TT, this special stamp sheet celebrating the longstanding relationship between Norton motorcycles and the TT road races is an essential collector’s item for all motorcycle fans, especially Norton and TT enthusiasts. It features stunning photos and historic stamps highlighting great moments in the story of Norton at the TT, including Hislop's victory on the Abus Norton in 1992, voted the greatest TT race ever by fans! The stamps also recall Norton TT winners Jimmy Guthrie, Freddie Frith, Mike Hailwood, Artie Bell and Peter Williams. 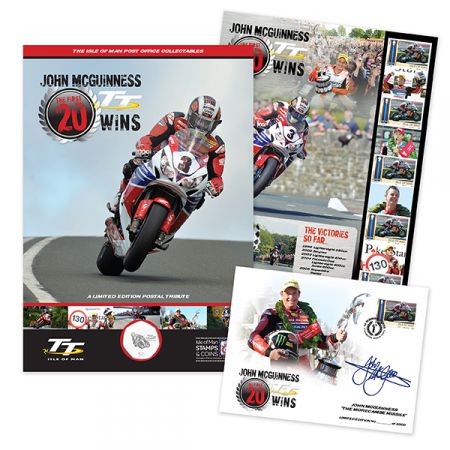 Limited to just 1,000, this highly sought-after collection features stamps and a coin celebrating the Isle of Man TT legend John McGuinness, as well as a signed Special Commemorative Cover, a wealth of photos and the full story of his first 20 TT wins. 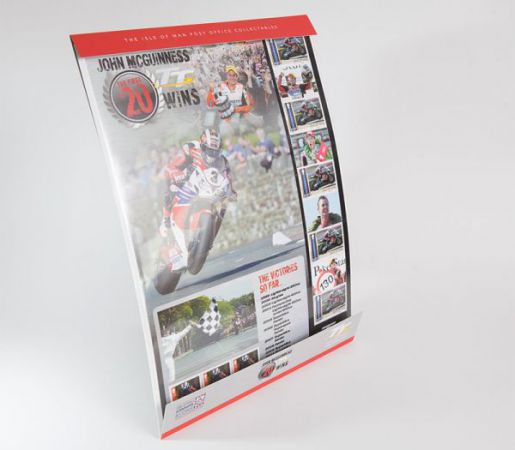 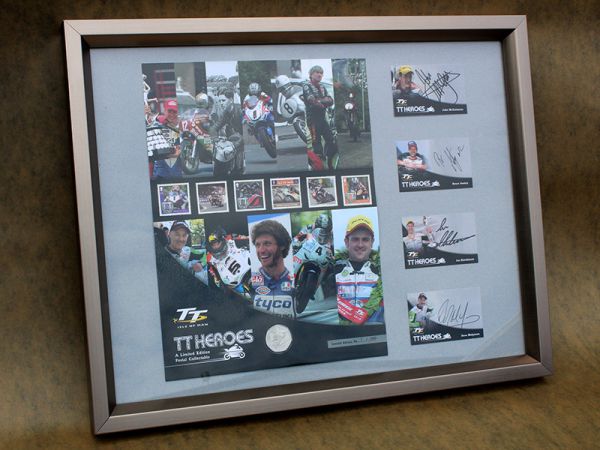