Year of the Rat

Isle of Man Post Office is happy to celebrate the Chinese Year of the Rat with this vibrant set of four stamps by Manx artist Megan Hindley, of Stedhead Art. These lively and playful images truly capture the physical agility and intelligence of this often maligned creature which is so successfully ubiquitous worldwide. While the rat has many positive attributes in Chinese culture it is an object of superstition on the Isle of Man where to use the very word ‘rat’ is felt to bring bad luck and the name ‘long-tail’ preferred!

In Chinese culture there are twelve Chinese zodiac animals used to represent years, 2020 is the Year of the Rat. The zodiac cycle repeats every twelve years and was originally connected with the worship of animals. A zodiac system has existed in Chinese culture since the Qin dynasty, more than 2000 years ago.

Over time the zodiacs became more and more integrated into everyday life, with different meanings and characteristics assigned to each animal. This in turn gave rise to various compatibilities (and incompatibilities) between each zodiac, playing a major role in marriage, career decisions, fortune-telling and more.

In Chinese culture, rats were seen as a sign of wealth and surplus. Because of their reproduction rate, married couples also prayed to them for children.

2020 is going to be successful! According to the Chinese zodiac, the Chinese New Year in 2020 starts on Saturday 25thJanuary and ends on 11thFebruary 2021. The Chinese New Year is celebrated annually through sumptuous and colourful festivities. It is the most important celebration, an occasion for familiar reunion, party and a two weeks winter holiday.

The Metal Rat Year indicates a strong, prosperous and lucky year for all Chinese zodiac signs. Everyone will show determination regarding their goals, aspirations and even their hobbies. This is a great year for founding and evolving.

Rats are clever, quick thinkers; successful, but content with living a quiet and peaceful life. Optimistic and energetic, people born in the Rat year are found to be likable by all. They are sensitive to others’ emotions but are stubborn with their opinion. Their personality is kind but, due to weak communication skills, their words may seem impolite and rude. On the financial side, they like saving and can be stingy. However, their love for hoarding will sometimes cause them to waste money on unnecessary things.

Men born in the Rat year are clever and adapt quickly to new environments. They are creative and great at taking advantage of opportunities. However, they sometimes lack the courage to do so. Although they have great ideas, they might not be suitable for leadership positions. Women born in the Rat year are traditional women. They love keeping things organised and place great value on the family. Everything is taken care of by them and there is no need for their husband to worry. Outside of home, they’re also someone with a sense of responsibility and ability.

Because of Rats’ independence and imagination people born in this year are suitable for creative jobs. These include authors, editors and artists. However, if they join a team, their creative outlet may be blocked. Rats also pay attention to fine detail. They are fit for technical work such as engineering and architecture.

On the Isle of Man the very utterance of the word by a superstitious person means they must immediately whistle, touch wood or cross their fingers to lift the curse of ill fortune.

Megan Hindley AKA Stedhead was born in '88 on the Isle of Man. With a BA in illustration she decided to push further into the art world by moving to London where she lived and worked for the six years. London gave her the opportunities to jump-start her freelance artist career with a number of illustrations commissioned by creative giants Wieden & Kennedy London.

Having painted murals for numerous London and Isle of Man restaurants, newly including Temper Covent Garden, she has also painted large scale outdoor murals, most recently in Castletown on the Island. Meg has performed many a live art gig and battle, designed fabrics and wallpapers for Cocoon Home Interiors London, and for the last couple of years she has been tattooing at the first all-female tattoo studio, Velvet Underground Tattoo. She has recently moved to Italy, where she is living as a freelance artist. 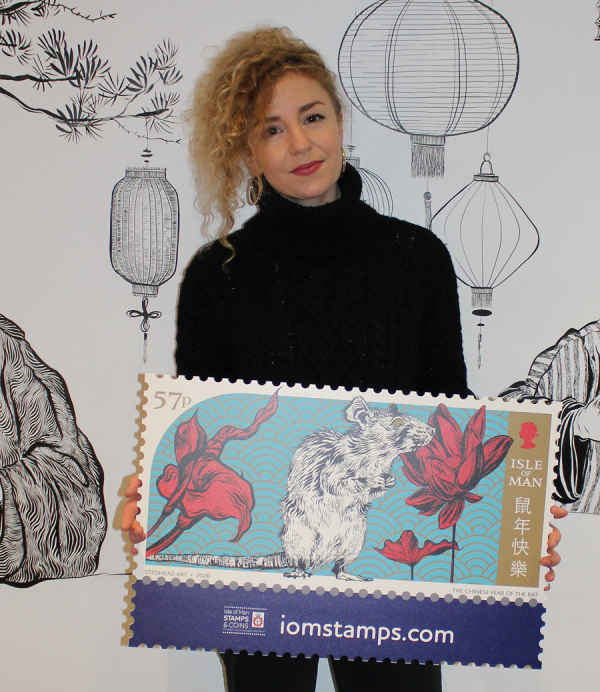 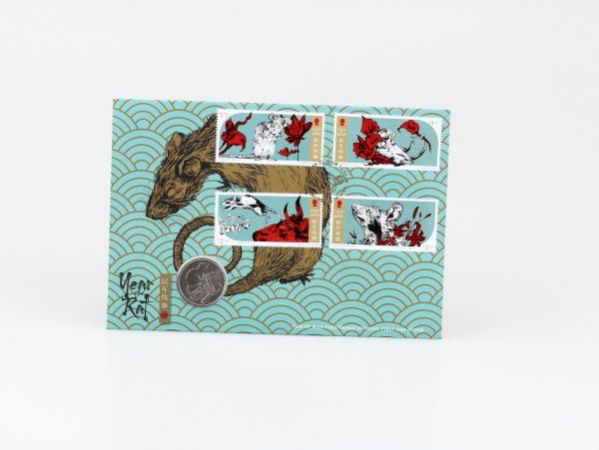 Year of the Rat Medallion Cover

A specially struck cupro nickel medallion to celebrate the 2020 Year of the Rat.

The medallion has been produced by Pobjoy Mint to a very high standard and features the Three Legs of Man symbol on the reverse. 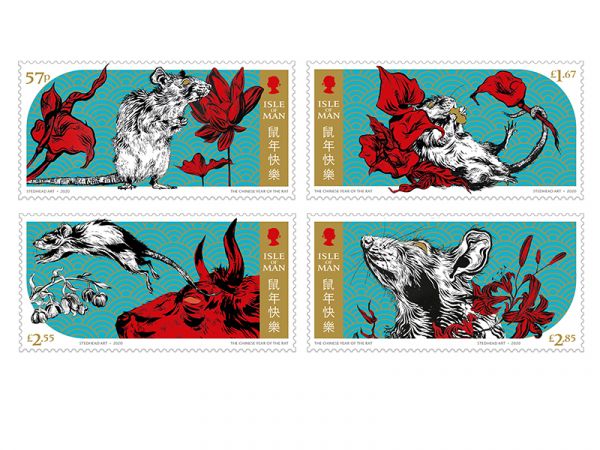 Year of the Rat Set and Sheet Set

A vibrant set of four stamps designed by Manx artist Megan Hindley of Stedhead Art. Each of the lively and playful images perfectly capture the physical agility and intelligence of this often maligned creature which is so successfully ubiquitous worldwide. 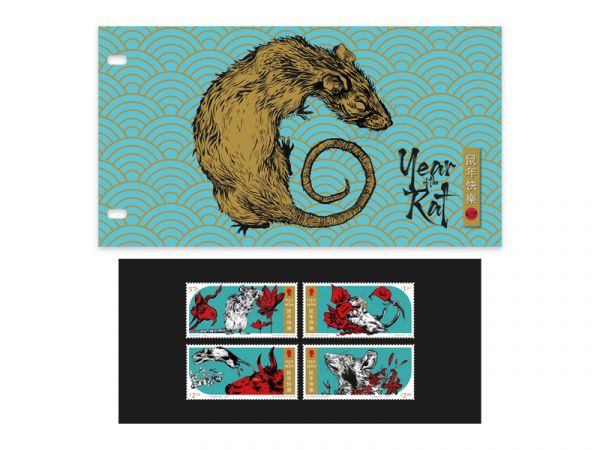 Year of the Rat Presentation Pack 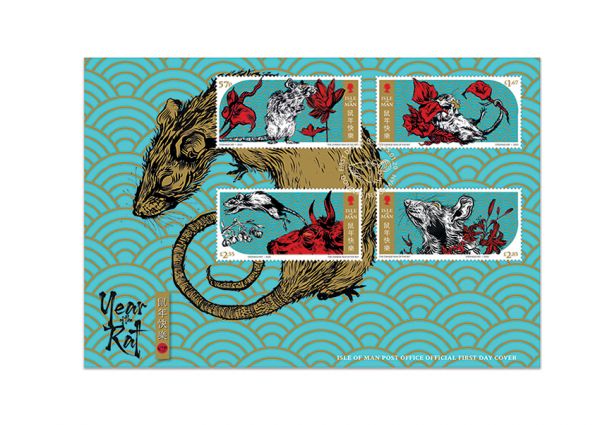 Featuring a unique cancellation mark, this wonderful first day cover features the full set of 'The Year of the Rat' stamps cancelled with the first day of issue and presented on a vibrant, exquisitely detailed envelope.