In April 1998, local ornithological research and conservation charity 'Manx BirdLife' (MBL) was formed to undertake an ambitious programme of research, mapping the distribution and abundance of all breeding and wintering birds on the Island. This beautiful eight stamp collection recognises and celebrates the importance of this research, featuring the work of renowned local wildlife artist Jeremy Paul.

The beautiful artwork for this eight stamp collection was created by Jeremy Paul, a renowned local wildlife artist.

Jeremy originally trained as a marine biologist and is completely self-taught, the essence of his work being the accurate portrayal of wildlife in its environment.  He works in acrylics, developing the painting in many layers; under-painting and glazing to alter the tone and atmosphere of the work aspiring to capture a moment in time, creating a sense of quiet stillness in which wild birds or animals are seen, undisturbed by the viewer – a forgotten corner of a barn, a peaceful riverbank – small cameos which are pictures of tranquility.

"As a professional wildlife artist, I have been fortunate in being able to see some spectacular wildlife around the world, from tigers in India to polar bears in the Arctic. However, I still get as much pleasure simply watching local wildlife and the birds I see out of my studio window so I am delighted to have them on this series of stamps".

House Sparrow – Within the wider British Isles, the species is in decline, over 60% in the last 50 years. On the Island declines in some areas have been noted but, generally, it is faring well and is still a common sight on most farms, in villages and larger towns.

Coal Tit – Up to 1,000 pairs are thought to breed on the Island, the vast majority in its favoured habitat of conifer plantations. It can often go unnoticed as it prefers feeding towards the top of high trees where insect food is more available. Recent reductions in the size of the conifer plantations are expected to have an impact on the number of pairs, though it will still remain a common sight across the Island.

Wheatear – This summer visitor, with a distinctive white rump, is amongst the first migrants to arrive, often in the first week of March, having spent our winter south of the Sahara. These early arrivals are of the sub-species that breeds in northern Europe, including the Isle of Man and in particular in the northern hills and on the Calf of Man. From mid-May onwards a second wave of wheatear arrive, but only passing through as they head to Iceland and Greenland, delaying their departure from Africa to avoid cold weather in their chosen breeding grounds.

Long-tailed Tit – This small charismatic bird has a tail that makes up over half of its overall length. It is common within broad-leaved and mixed woodland, including gardens and will happily use bird feeders to supplement a diet that includes insects and spiders. In winter they form large flocks, often exceeding 20, using safety in numbers to spot predators and roosting together at night to preserve body warmth.

Stonechat – Found along most of the coast and in upland areas up to 390m, it is mostly absent from lowland farming areas, probably due to a shortage of suitable nest sites. They frequently perch on a prominent point such as a gorse bush, bramble or fence post making them easy to spot, especially the male with its orange underparts, black head and white collar.

Chaffinch – The most common finch on the Island with a wide distribution, wherever there are mature trees or well established hedges or gardens. Manx chaffinch are largely non-migratory but in autumn an influx of migrants from as far north as Scandinavia occurs, often forming large flocks, feeding among farmland and on the ground beneath broad-leaved trees, in particular beech.

Blackbird – A resident breeding bird with numbers being boosted in the autumn with an influx from as far away as Finland. The males' unmistakable all black plumage and bright yellow bill makes spotting them easier than the browner female, especially when they forage among the leaf-litter along field margins or the edges of roads.

Goldfinch – A firm favourite among those of us who feed birds in the garden, this common finch has a striking red, black and white face and bright yellow wing bars, making identification easy. Much more common now than just 30 years ago the species is faring well and looks set to remain a common and welcome visitor to gardens for years to come. 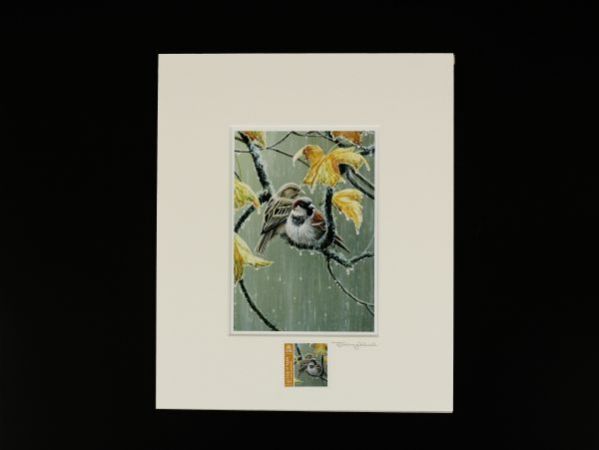 The complete collection of beautiful signed prints featuring the paintings used on the Jeremy Paul Town & Country Bird collection.
Complete with free worldwide delivery.
Purchase the complete set and save £20 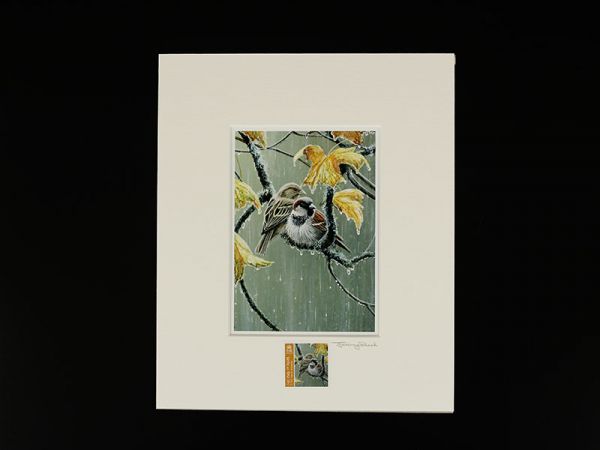 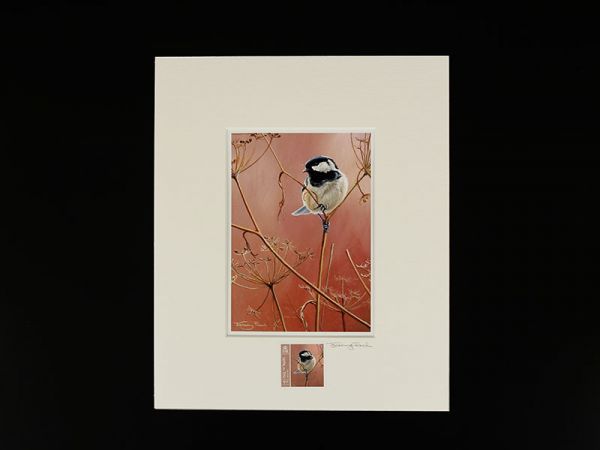 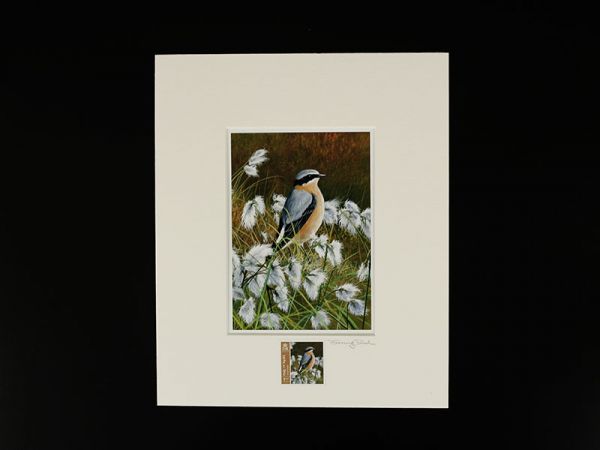 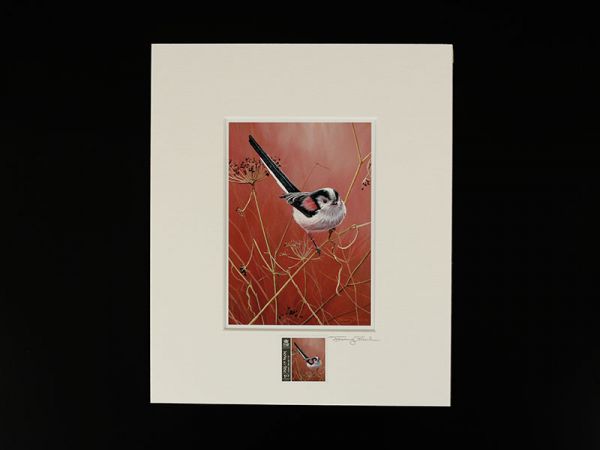 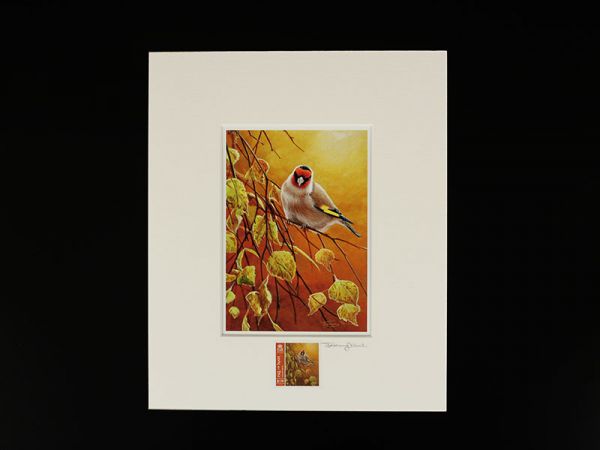 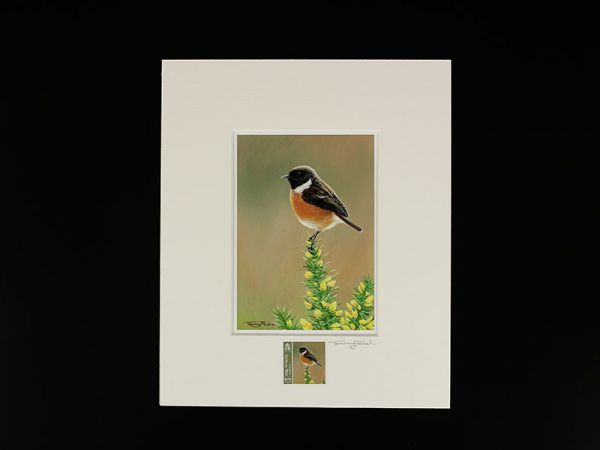 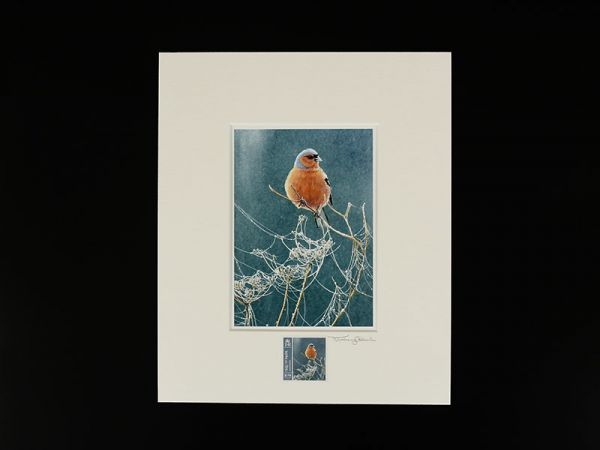 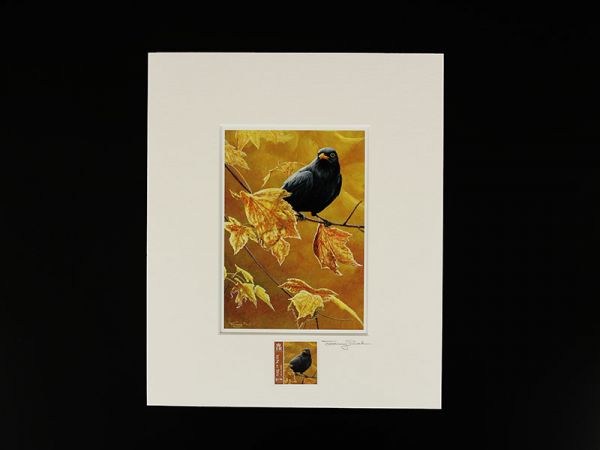