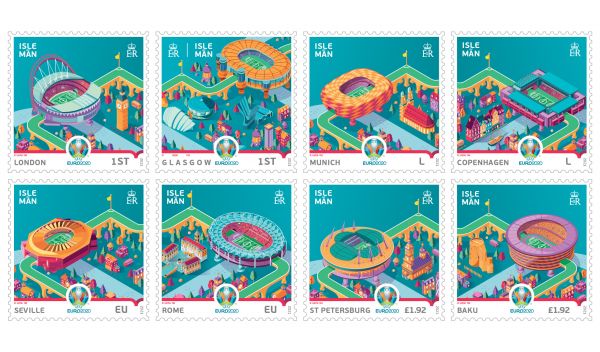 Celebrating the greatly anticipated UEFA Euro 2020 international football competition, this stamp issue reflects the essence of the nation's most loved sport through these official tournament stamps.