A glimpse of the Isle of Man's diverse marine life

In this aquatic themed stamp issue, Isle of Man Post Office is proud to present a collection showcasing the abundant and diverse aquatic life in Manx waters.

The Isle of Man is a special place for wildlife, both above and below water; with over 87% of its territory being marine. Under the waves, beyond the view of many, the topography, strong tidal currents and clean waters has created a myriad of marine habitats and species, many of which are as bright and colourful as their tropical counterparts.

The majority of our 160km coastline is rocky reef creating a beautiful underwater habitat. Much research has been undertaken in Manx waters over the centuries by marine scientists including the famous Manxman Edward Forbes. Not forgetting the many scientists and students from around the world who studied at the Marine Biological Station in Port Erin, where much exploration and investigation has been undertaken over the lifetime of the Lab.

This has given us a good understanding of the marine life that can be found in Manx waters and the processes that shape them. This work has highlighted the diversity that these marine waters have to offer and the huge amount of life that they support.

The creatures featured have been selected by local marine experts in order to best display the diverse range of underwater wildlife found on the Isle of Man.

These small but colourful anemones form large congregations on rocky walls and over hangs in areas of high tidal movement where they use their tentacles to catch organic particles in the water. One anemone has around 100 tentacles, each with a small round blob on the end. Although seen in orange upon the stamp, they come in a variety of colours including pink, yellow, purple, red, green and brown.

One of our five main commercial fishery species, this bivalve has two curved shells compared to the King scallop which has a curved lower shell and a flat top shell. They are also smaller and are more vigorous swimmers. Their shells are often covered by a sponge which is thought to benefit both parties. The sponge is less likely to be eaten by a predator and it helps to keep starfish off the queenie.

A small starfish found on the shore or shallow subtidal waters. It can grow up to 15mm across with five arms. They feed on dead plant and animal matter. Individuals are simultaneous hermaphrodites and during breeding season will form small aggregations of up to 10 individuals to ensure cross breeding. They then brood the eggs by laying over the top of them, remaining with the breeding aggregation until the eggs hatch.

They look like something between a crab and a lobster with their long flattened bodies and tucked under tails, generally hiding in crevices between rocks. This species is chestnut, red brown in colour with a greenish hint and red tipped spines. It can reach lengths of 65mm, with a carapace length up to 35mm. This species is thought to be mainly a filter feeder, eating suspended organic matter, but will also scavenge for food.

There are several species of sea slugs found in Manx waters but few are as colourful as the violet sea slug or nudibranch, although the colours of other species do vary and can be bold, bright and beautiful. The violet sea slug is a common species in Manx waters. These small slugs feed on even smaller animals called hydroids that grow in colonies on seaweeds and rocks.

This small shark species is commonly seen by divers around the Island. It is greyish brown in colour with numerous dark spots and a white belly. Catsharks hunt at night, eating a variety of prey that includes crabs, bottom dwelling fish such as gobies, and small molluscs. Their empty egg cases often wash up on the shore and are commonly known as mermaids’ purses.

Dr Lara Howe is a marine biologist with many years’ experience working both on and off Island. Lara studied marine biology gaining both her degree and PhD at the Port Erin Marine Laboratory, part of The University of Liverpool. She is currently employed by Manx Wildlife Trust as their Marine Officer. Lara is a keen scuba diver and is the Seasearch co-ordinator for the Island.

Find out more at www.seasearch.org.uk 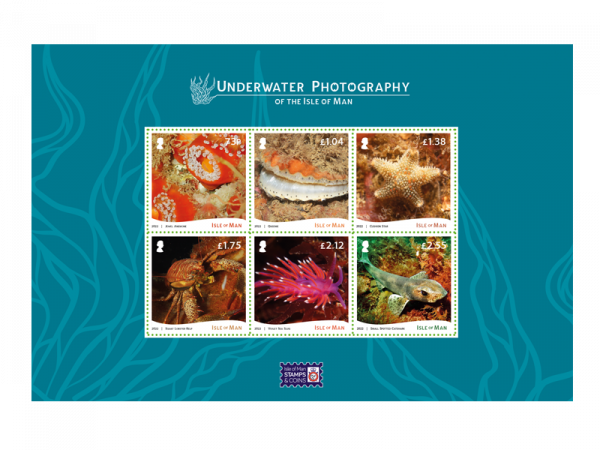 A set of the colourful stamps of the fascinating underwater life in Manx waters, all beautifully presented in vibrant contrasting backgrounds on this decorative pane. 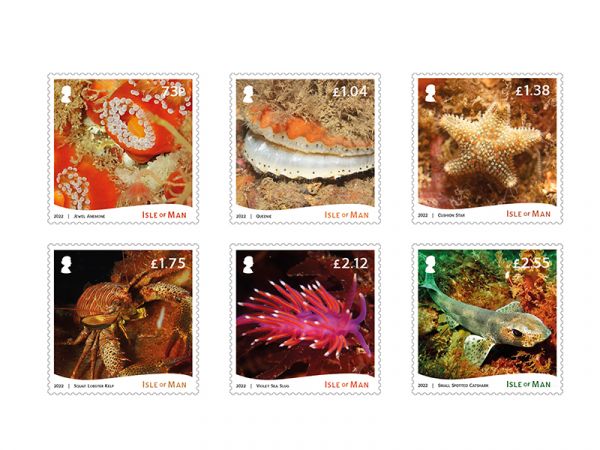 In this aquatic themed stamp issue, Isle of Man Post Office is proud to present a collection showcasing the abundant and diverse aquatic life on Manx waters. 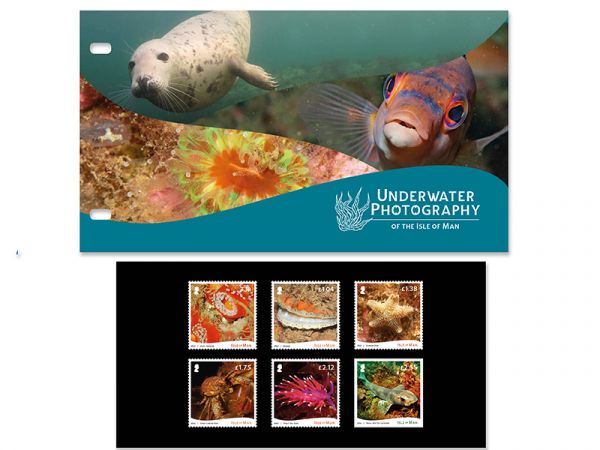 The front cover of this four-page, glossy presentation pack displays example species of the remarkable marine wildlife found on Isle of Man waters. 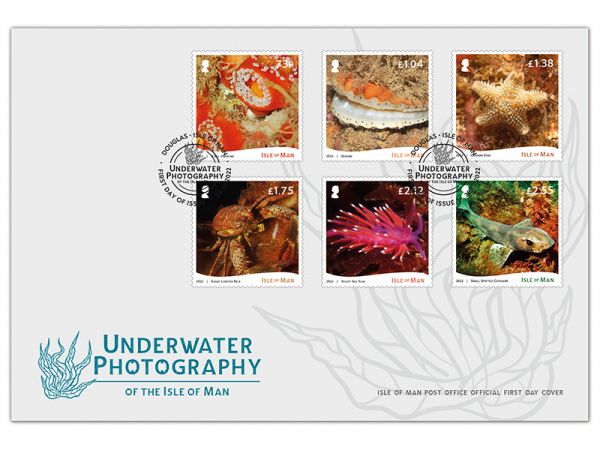 This gorgeously grey deluxe envelope is cancelled with a postmark that was inspired by the deep-sea flora surrounding and features all six of the colourful aquatic wildlife from our Underwater Photography collection. 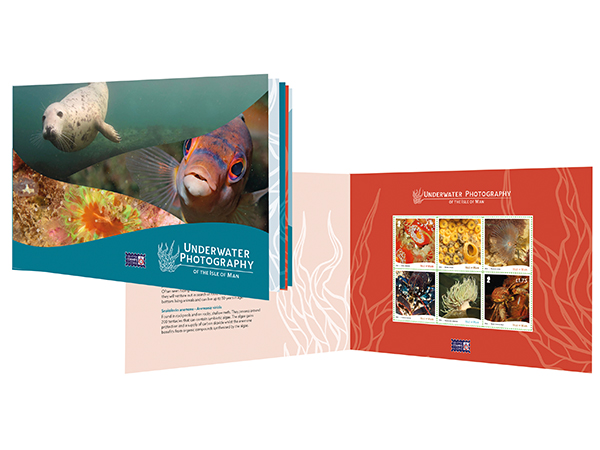