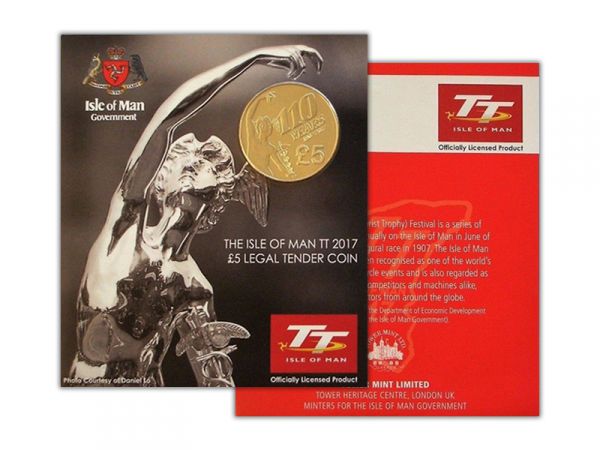 The Tower Mint, on behalf of the Isle of Man Government, has issued a new £5.00 TT coin. The coin celebrates the 110th Anniversary of the TT & features the famous Mercury trophy that embodies the history and importance of the event.