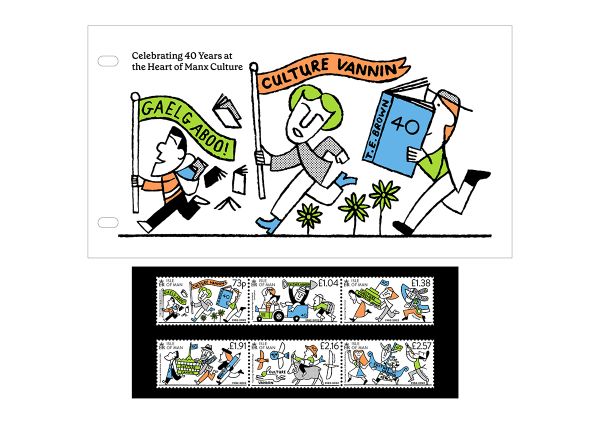 Stamp 1, representing Language & Literature is proudly shown on the cover of this four-page glossy folder. One character is shown with a banner reading “Gaelg Aboo” (‘hooray for Gaelic’ in Manx) while, another character is reading a book by T.E Brown, renowned Manx poet and, author.