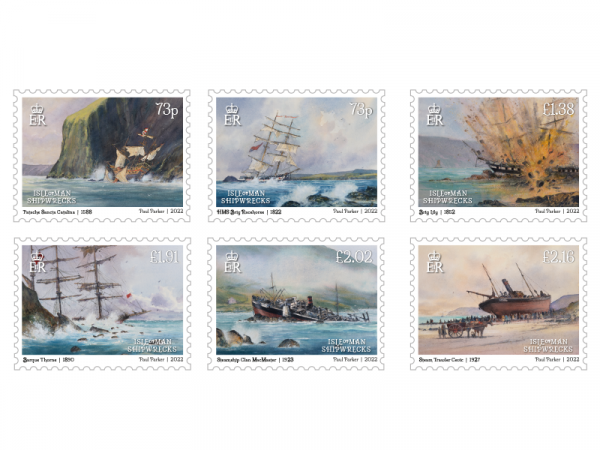 A set of six stamps which beautifully capture the stories of the most notorious and significant shipwrecks in the waters off the Isle of Man over a period of almost five-hundred years.