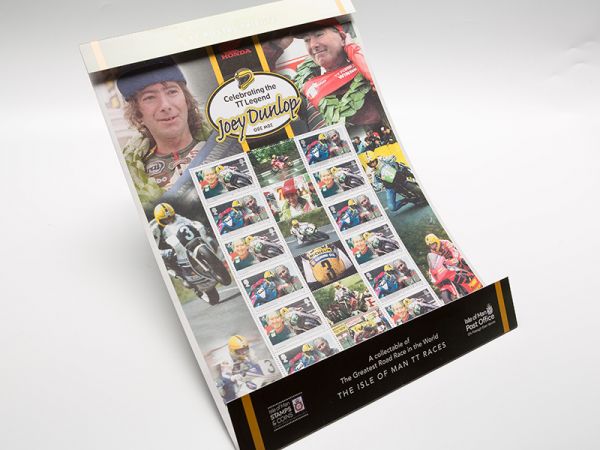 The legendary Joey Dunlop, 26 times a winner at the Isle of Man TT, is celebrated in this pictorial sheet of stamps and labels showing ‘Yer Maun’ in action and commemorating his staggering successes on Honda machinery. The sheet is safely contained in a TT card carrier.