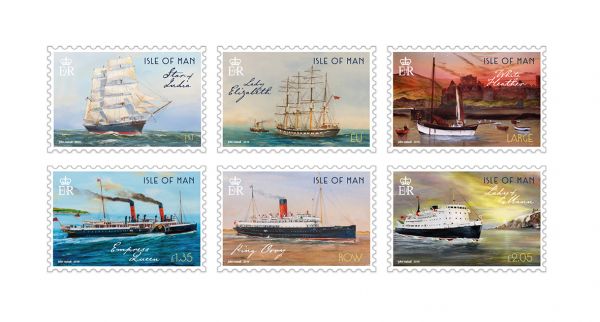 This set of six stamps features the paintings of Manx artist and mariner, the late John Halsall .