Master Watchmakers of the Isle of Man First Day Cover 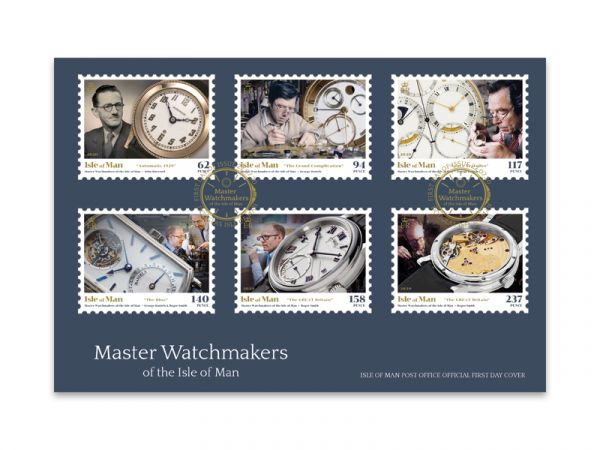 The full six stamp issue celebrating the Island's contribution to watchmaking is presented on this deluxe envelope, cancelled with the first day of issue and featuring a unique gold metallic, horology inspired postmark.