Master Watchmakers of the Isle of Man Presentation Pack 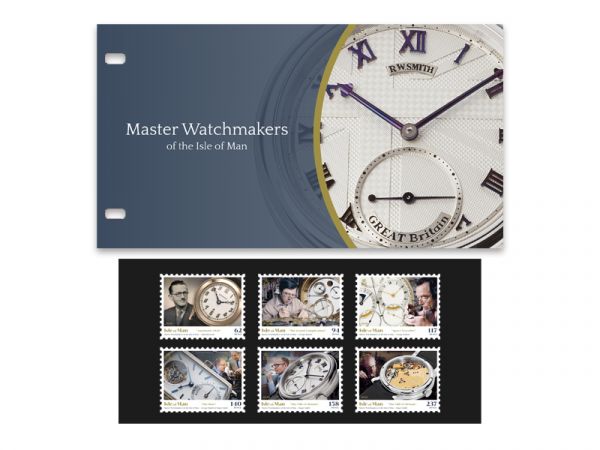 This four page, glossy full colour booklet showcases three remarkable master watchmakers who are inextricably linked to the Isle of Man. Included inside is a mint condition set of all six stamps.