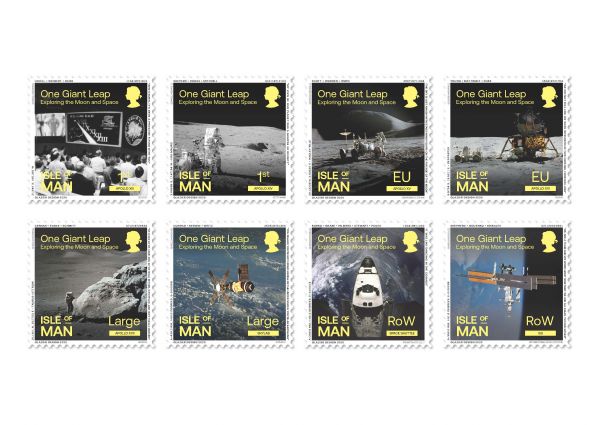 Designed by Glazier Design, this set of eight remarkable stamps celebrates the people involved in lunar exploration and the technology of the missions of the past 50 years.