On deadline and need an image urgently?

Don't panic, please contact us directly and we will endeavour to send you what you need and within your timescale, we're here to help you.

150th anniversary of the isle of Man Companies Act Stamps

150th anniversary of the isle of Man Companies Act Stamps

Posted on 24 September 2015 in Isle of Man Post Office

Integrated Mailing Solutions (IMS), specialist communications division of Isle of Man Post Office is pleased to announce that it has been recertified for its two International Standards Organisation (ISO) accreditations for a further three years by external assessors Lloyds Registry Quality Assurance (LRQA). 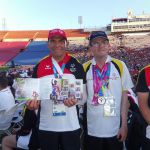