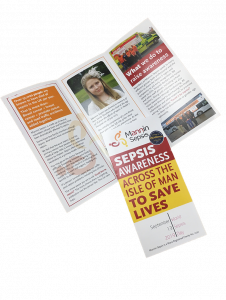 BACKGROUND
Sepsis is a potentially life-threatening complication of an infection and occurs when chemicals released into the bloodstream to fight the infection trigger inflammatory responses throughout the body.
Mannin Sepsis is a relatively young local charity that mainly focuses on raising Sepsis awareness, educating the public and supporting those affected by Sepsis. As part of their educational campaign and in preparation of World Sepsis Day on 13th September 2019 they wanted to inform the public about the causes of Sepsis and how to identify a potential Sepsis infection.

SOLUTION
Our Door to Door Service offers the possibility of an Island wide leaflet distribution to all residential households (more than 40.000). This direct distribution of their Sepsis awareness flyer enabled them to achieve maximum output to the Islands residents and formed the perfect opportunity to reach as many people as possible. 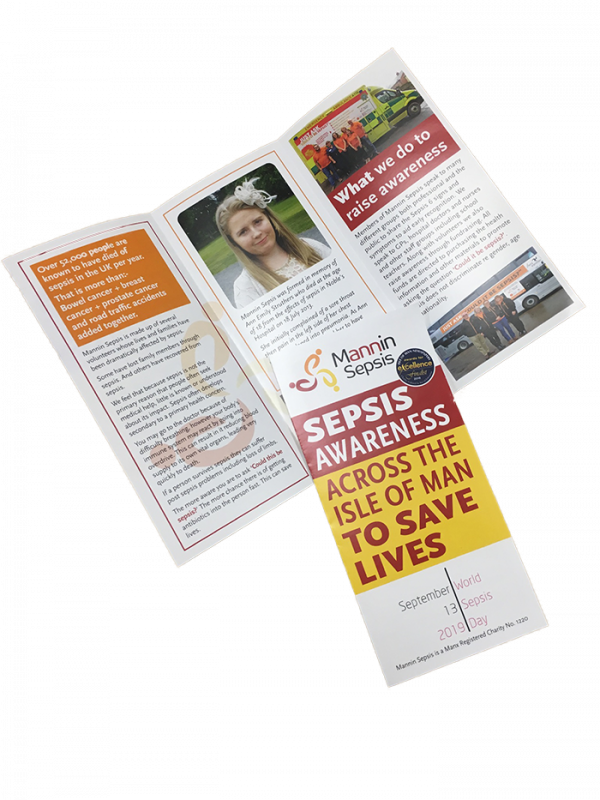 RESULTS
As a result the charity has made great progress in educating about the condition and has overall raised its profile within the community, enabling them to raise more funds and support those affected by Sepsis. 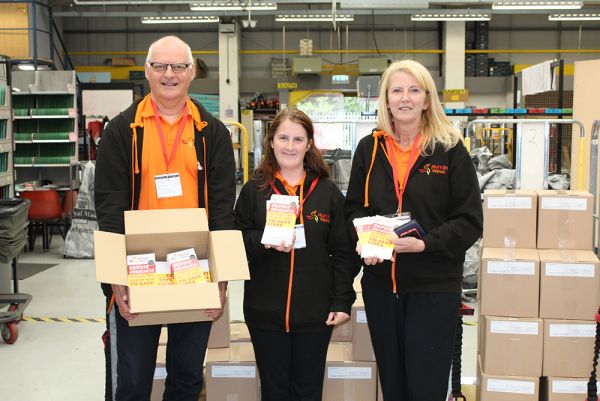 “Sepsis is a life-threatening condition that arises when the body’s response to infection causes injury to it’s tissues and organs. It is our aim to raise awareness for sepsis and to educate the public on symptoms and what to do in case of an emergency. The charity’s name ‘Mannin Sepsis’ was chosen as it ensures our daughter’s name Ann, who we sadly lost to the condition, continues to be used.
Immediately following the Door to Door post drop we had several calls from people who had read about the additional sepsis literature on the leaflet and wanted copies. We were able to respond to these people and supply the handbooks. While we are out campaigning most people remember the leaflet from their mail and we feel the post drop has further increased the awareness of the public on the topic of sepsis on the Isle of Man. It was a pleasure to work with the Isle of Man Post Office for this project and we would highly recommend the Door to Door Service.”