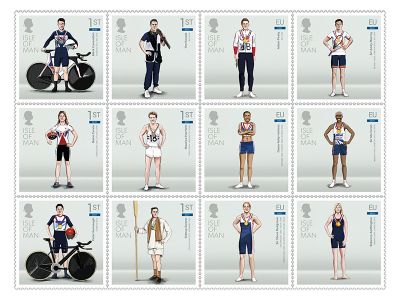 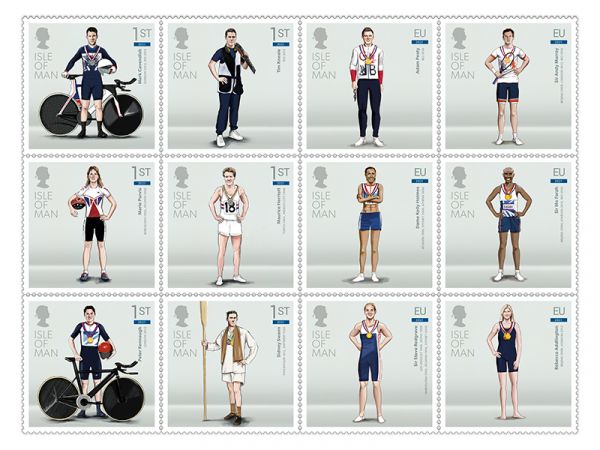 Isle of Man Post Office (IOMPO) is celebrating the 125th anniversary of the Summer Olympic Games with a set of 12 stamps commemorating the great achievements of six Island trained  Manx Men and Women as well as six non-Manx competitors to represent the outstanding achievements of Team GB.

The 2020 Summer Olympics opening ceremony is scheduled to take place on 23 July 2021 at Olympic Stadium, Tokyo, by the time of the closing ceremony on the 8th August we feel sure many more Team GB athletes will become Great British Olympians

Paul Ellis, Head of Retail and Licensing Team GB said: “It is a great privilege to work with the Isle of Man Post Office to celebrate 125 years of British Olympians going to the Games. As more athletes join this unique set of individuals ahead of Tokyo 2020, we are delighted to showcase this illustrated collection and re-tell some of the classic stories from our history.”

Maxine Cannon, General Manager Isle of Man Stamps & Coins, said: “We are very proud of all Team GB athletes and especially those from our Island in such a prestigious event as the Olympics. We hope that by commemorating all of their amazing achievements, we can help inspire the next generation of athletes to represent our Island through Team GB. It is an honour to continue our longstanding association with the British Olympic Association. Our special thanks go out to Team GB, who have not only provided us with the imagery for this fantastic stamp issue, but also the excitement and memories.”