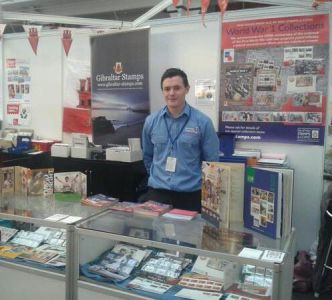 Isle of Man Stamps and Coins representatives attended Stampex last week, one of the largest stamp exhibitions in the philatelic calendar. The event was held at the Business Design Centre in London and the Stamps and Coins team met with a number of its existing customers and contacts at the show.

Stampex is a twice yearly event which since the demise of Philatex has become one of the major stamp exhibitions. Organised by the Philatelic Traders Society, it is one that the business has attended for a number of years now. The show attracts significant interest from its key audience and this year's event featured over 100 exhibitors with dealers and philatelists from all over the world.

Maxine Cannon, General Manager, Isle of Man Stamps and Coins commented: "The event was a triumph. It provided us with an opportunity to meet with our customers and contacts, putting a face to a name of those we have not met with previously.  Our current stamp issues were also very well received, in particular Big Cats and those launched on the first day of the event - WW1 Life in the Trenches and the Red Arrows, which practically flew off the shelves."

She continues: "The team and I have found this year's show to have been really worthwhile for the business and look forward to attending the next."