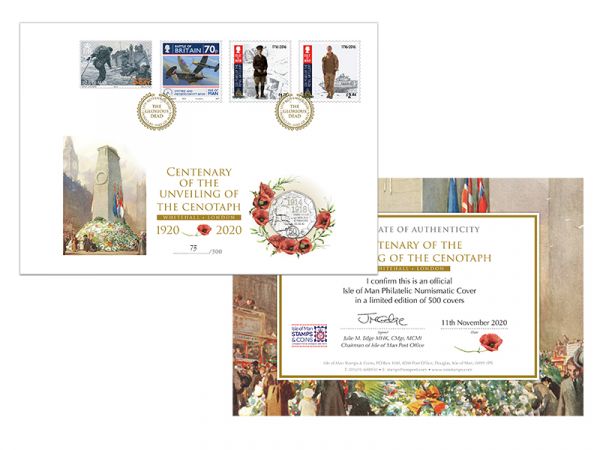 This brand new cover beautifully recognises the unveiling of the Cenotaph and remembers those men and woman who made the ultimate sacrifice.  It perfectly combines an official legal tender Remembrance Coin along with four stamps which represent the armed services.
Limited edition of only 500.

The Story of the Nativity Self Adhe...

A Beano Christmas Self Adhesive Fir...

Centenary of the Unveiling of the C...