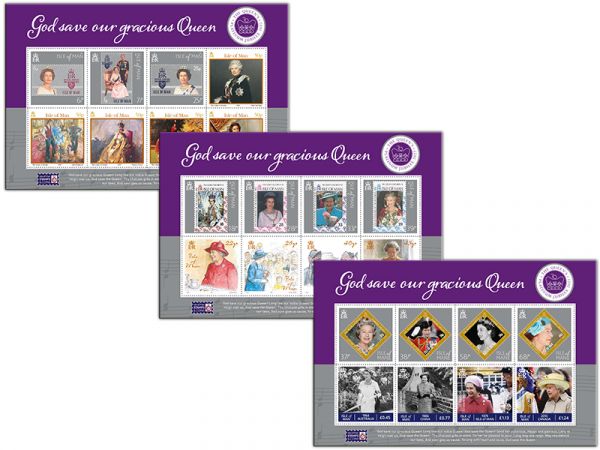 Miniature sheetlets either as an individual pane or a set of three, demonstrating previous years' issues.