All Aboard! Isle of Man Post Office representatives join Manx National Heritage and the Manx Wildlife Trust to mark anniversary. 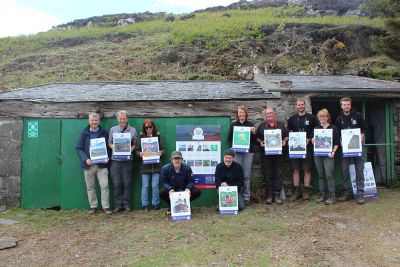 Vice Chairman IOMPO Chris Thomas and staff from the Stamps & Coins division were delighted to join representatives from Manx National Heritage (MNH) on a visit to the Calf of Man on Monday 17th May 2021, to mark the occasion of the 70th anniversary of the founding of the Manx National Trust. The trip was organised by Shaun Murphy, Property Manager for MNH, and Dr Erica Spencer, Environmental Planner and Ecologist for MNH, as a sign of appreciation for all the hard work the IOMPO team have invested to produce the Calf of Man stamp collection which was released in April. 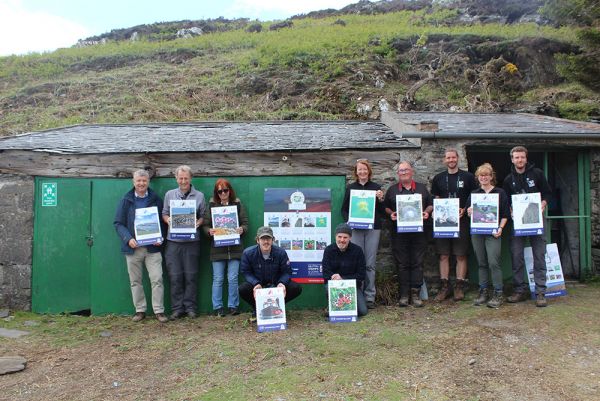 The team were met on the Calf by Dr Lara Howe of Manx Wildlife Trust (MWT) who was forthcoming in sharing her knowledge of the Island and describing the conservation work she undertakes as part of the contribution of the Island to our biodiversity. Guests also had the opportunity to meet the wardens, view some of the locations featured on the stamps and encounter more wildlife including seals, Manx loaghtan sheep, hares, birds and fascinating insects, all of which highlight the important role the Calf of Man plays in nature conservation and the significant contribution it has made to the Isle of Man’s designation as a UNESCO Biosphere.

Shaun Murhpy, Property Manager MNH said: “Manx National Heritage and Manx Wildlife Trust were delighted to welcome the Isle of Man Post Office team over on the Calf of Man to give them an opportunity to see the Calf of Man stamp issue display at the Observatory, as well as to see at first hand the beautiful landscape and natural environment showcased in the issue.”  Dr Lara Howe, MWT added: ‘‘For over 70 years the Calf of Man has been a very special place for wildlife and conservation. It’s great to see this work celebrated in this new range of stamps.”

Chris Thomas MHK, Vice Chairman IOMPO said: ‘‘Isle of Man Post Office is delighted to be partnering with Manx National Heritage to celebrate the 70th anniversary of the founding of Manx National Trust. The Calf of Man stamps are a fitting tribute to this celebration and we are proud to be able to promote this unique and stunning Nature Reserve and Bird Observatory around the world with this spectacular stamp issue. We would like to thank everyone involved for their invaluable support.“