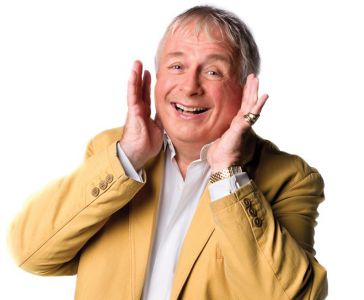 British actor and presenter Christopher Biggins will be visiting the Isle of Man this weekend where he will help support the promotion of Isle of Man Post Office's recently issued Christmas Pantomimes stamps.

As part of Biggins' trip to the Island this weekend, he will be visiting Douglas Post Office from 12-2pm on Saturday (November 12th) where he will be in store to meet and greet customers and have photos taken with them. He will also be collecting Father Christmas letters and signing Christmas Pantomimes first day stamp covers, which will be available for purchase on the day at £7.10 each.

Christopher Biggins played a pivotal role in the production of the Post Office's stamp collection having produced the accompanying issue text which tells the story of panto. Sitting alongside this is six fun filled stamps featuring iconic images from some of the nation's favourite pantomimes including The Wizard of Oz, Peter Pan, Aladdin, Snow White, Dick Whittington and Robin Hood.

Biggins is no stranger to the Island and in 2015 he shared his expertise and enthusiasm with Manx amateur performers as head judge of local pantomime competition, The Battle of the Pantos. Biggins has over 40 years performing in pantomimes; he is the undisputed Grand Dame of British theatre and boasts an impressive stage career and active radio and TV chat show presence, as well as playing roles in TV sitcoms, period dramas and cult shows.

Maxine Cannon, General Manager of Isle of Man Stamps & Coins, said: "We look forward to welcoming Biggins to the Island and into our Douglas Post Office on Saturday where he will be meeting and greeting our customers as well as signing copies of our beautiful Christmas Panto stamp covers."

The stamp collection can be purchased at www.iompost.com/panto