DRESS FOR SUCCESS – A CHANCE TO OWN A PREEN BY THORNTON BREGAZZI DRESS, MODELLED BY SAMANTHA BARKS 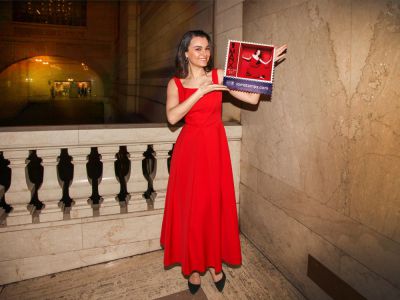 In conjunction with the International Women's Day 2018, themed 'Press for Progress', the Isle of Man Post Office and the Manx Breast Cancer Support Group announced that they will be auctioning a Preen by Thornton Bregazzi dress, to celebrate women's collective success and raise funds for the Charity.

The Finella dress designed by Preen is featured on an Isle of Man stamp, and the Duchess of Cambridge has been seen to wear this stunning design during her state visit to Canada in 2016. This midi dress is crafted using Preen's signature TED body sculpting matte stretch satin and features an asymmetric sweetheart neckline, fitted waist and full mid-length skirt. The Finella dress that will be auctioned is the actual dress worn by Samantha Barks, an award-winning Manx singer and actress, widely acclaimed for her role in the movie Les Miserables (2012). 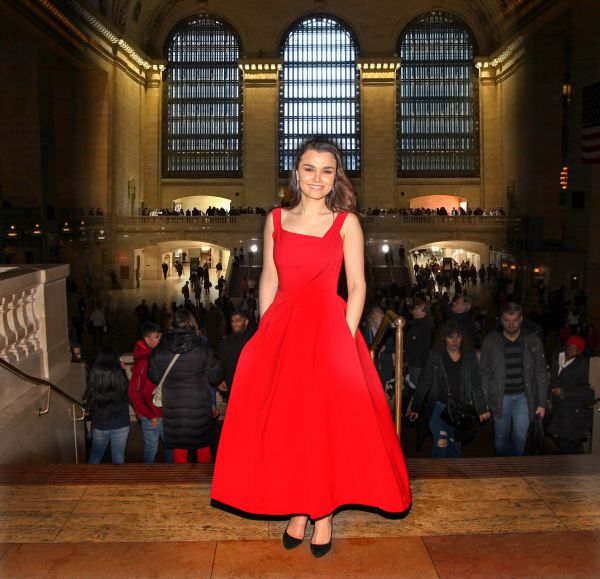 Samantha, soon to star as Vivian in Pretty Woman: The Musical, based on the film of the same name which is debuting in Chicago on 13th March 2018, said, "I have had the most fun wearing this beautiful red dress by Preen. Good luck to everyone taking part in the auction and I hope we are able to raise a lot of funds for the Manx Breast Cancer Support Group, a vital charity that does impactful and admirable work to improve the breast cancer service on the Isle of Man."

Preen by Thornton Bregazzi is a fashion house that has become a globally loved brand, stocked across five continents and an industry insider favourite. Preen designs have been worn by an array of other high profile women across the globe including Michelle Obama, Diane Kruger, Scarlett Johansson, Cate Blanchett, Carey Mulligan, Beyoncé and Rhianna.

Their success has recently been acknowledged by the Isle of Man community, as both Manx-born designers, Justin Thornton and Thea Bregazzi, were awarded the Lifetime Achievement Award, at the Isle of Man Newspaper Awards for Excellence in 2017. Following that, the Isle of Man Post Office commissioned a set of six stamps featuring Preen's iconic dresses over the years. 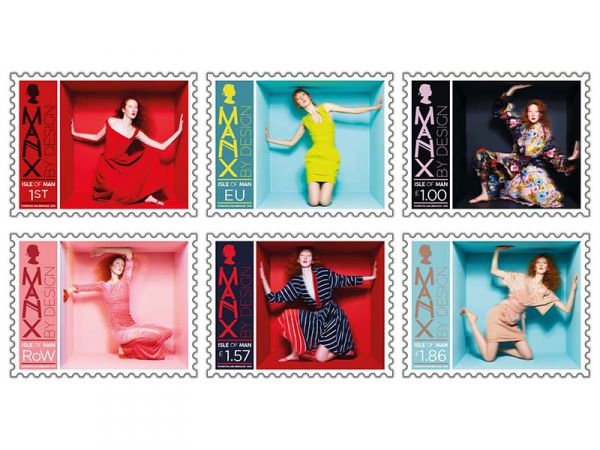 Isle of Man Stamp & Coin General Manager, Maxine Cannon said, "We are immensely proud to partner with the Manx Breast Cancer Support Group, to not only raise funds for the Charity but also as a way to forge positive visibility for women. The Island has produced a huge number of successful women in various sectors - Samantha and Thea are prime examples of Manx women who have achieved international recognition in their respective professions. In the spirit of celebrating women's success, we must also support one another, and that is why we feel that the work done by the Manx Breast Cancer Support Group is extremely vital. We are happy to be able to help the Charity raise funds to support the invaluable work that they do."

Samantha selected the Manx Breast Cancer Support Group as the recipient of the auction. The Charity was formed in 2012 with the aim of improving the Island's Breast and Cancer Services. To date it has raised over £2.3m, allowing the Charity to provide various support to the Manx Breast Unit. This includes the dedicated Breast and Screening Unit at Nobles Hospital, Isle of Man, as well as the Patient Quiet Rooms at both, the Liverpool John Lennon Airport and Ronaldsway Airport.

Julie Stokes, Chairperson, Manx Breast Cancer Support Group said, "We are absolutely thrilled to be involved with Isle of Man Post Office and Samantha in this fantastic fundraising opportunity. We would like to express a huge thank you to Samantha for nominating our Charity to benefit from this event. When we first started the Manx Breast Cancer Support Group we were lucky enough to have Samantha as our Patron. Unfortunately for us, her phenomenal success means she doesn't get to come home as often as she would like."

The Charity has recently reached their target to purchase a Gamma Probe, and is now fundraising to refurbish the Chemotherapy and Oncology Units as well as another Patient Quiet Room at Nobles Hospital.