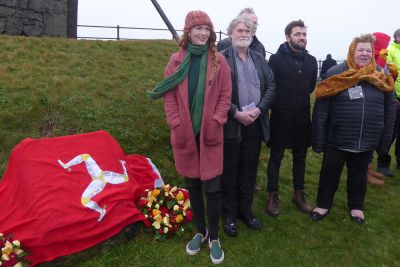 The annual ceremony commemorating the anniversary of the death of William Christian took place at Hango Hill, just outside Castletown, close to the site of both his execution and his now demolished home at Ronaldsway. 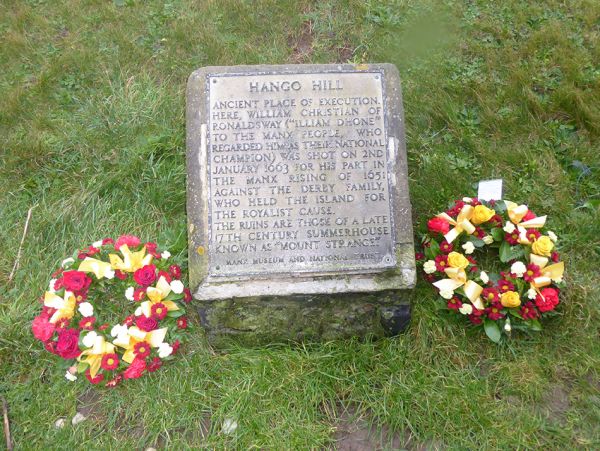 His death in the seventeenth century tends to provoke comment, with ongoing discussion as to whether he was a traitor or a patriot, although many agree that he saved the Island from bloodshed.

Jointly organised by Mec Vannin and the Mannin branch of the Celtic League, the anniversary of Christian's death also provides a platform for members of the community to enjoy the opportunity of free speech, as well as remembering the man referred to colloquially as Illiam Dhone (Brown-Haired William).

Despite a strong wind and driving rain, a large number of people gathered at the spot also known as Mount Strange to hear an introduction by Mark Kermode, followed by orations from Devon Watson of the Climate Change Coalition and Paul Craine author of the Isle of Man Population Atlas, on the combined subject of climate change; focusing upon what we can do individually, how the Isle of Man Government can assist and the consequences of inaction. In a marked departure from the usual format, both proclamations were given in English. 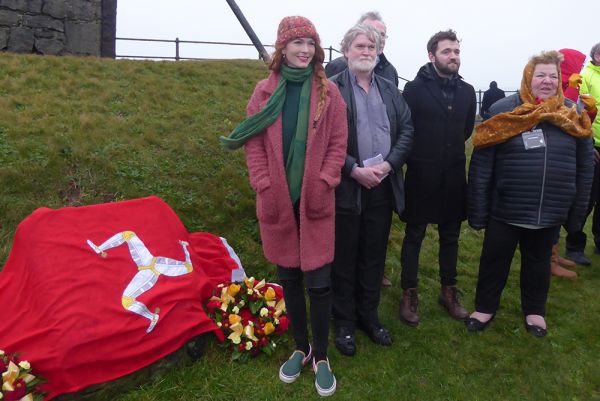 This was followed by the annual wreath-laying ceremony, this year including an additional wreath laying by Maxine Cannon, General Manager of Isle of Man Stamps and Coins in recognition of the support given to the Isle of Man Post Office in the preparation of their recent stamp issue Age of Rebellion which captured the historical facts in the lead up to the events commemorated here. She said, “Generations of Manx men, women and children have nurtured Manx art, heritage and culture for the benefit of all of us gathered here today and not forgetting those who have come to our shores who positively embrace our values and traditions."

The commemoration concluded with the singing of the Manx National Anthem - before the crowd dispersed to attend either a service at Malew Parish Church (where Christian is thought to be buried), or a lively music session at Compton Vaults in Castletown.