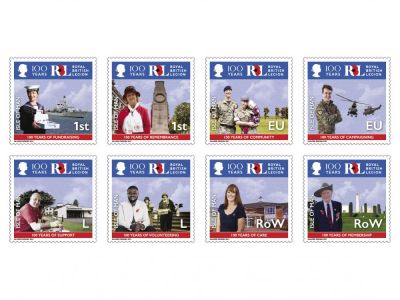 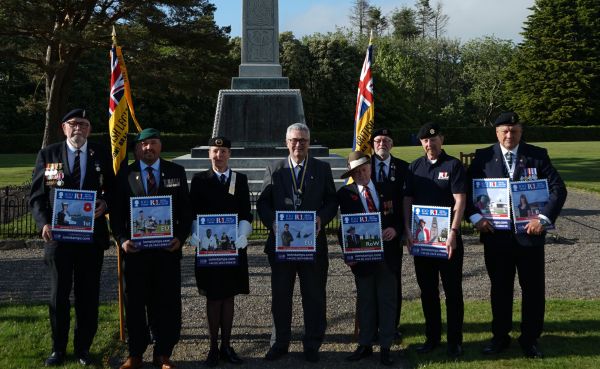 Isle of Man Post Office (IOMPO) is delighted to present this stamp issue celebrating 100 years of the Royal British Legion (RBL), the UK’s largest charity dedicated to supporting the needs of the Armed Forces, past and present and their families.  On our Island, the RBL serves a vital role at the heart of our community, with 10 branches and clubs across the Island.

Formed in the aftermath of the First World War to fight the rights of those who had given so much and come back to so little, the RBL’s work has left a deep-rooted legacy for generations to come and it remains dedicated to its mission of creating better futures for all those who serve with the British Armed Forces.

Well known for its annual Poppy Appeal, the RBL champions Remembrance and campaigns on behalf of current and former members of the British Armed Forces and their families. Today, the RBL has around 2500 branches across the UK and around the world with more than 235,000 members worldwide.

Ray Ferguson, Chairman Royal British Legion IOM said: “Isle of Man County Royal British Legion is delighted to have joined with Isle of Man Post Office in the creation of a series of stamps celebrating our centenary. Each stamp represents a key value that has sustained our organisation throughout the past 100 years. Our purpose and commitment remains unchanged since our formation on 15th May 1921 when our beneficiaries needed care after the First World War. Today the needs of the Armed Forces Community are changing, but we still ensure that the support and services they require are available. Our RBL motto of ‘Service not Self’ remains the core driver for our members here on the Isle of Man and across the world wherever RBL Branches exist. We extend our thanks to IOMPO for sharing in our Centenary with the issue of these wonderful stamps that perfectly illustrate the ethos of the Royal British Legion.”

Sgt Ben Poku has been a volunteer case worker at the RBL for over 13 years, providing essential support for ex-Servicemen and women, and their families. Originally from Ghana, Ben Poku has served in the Army for almost 21 years, first as a Gunner in The Royal Horse Artillery before training to be a nurse with Queen Alexandra's Royal Army Nursing Corps. He is now based at Catterick Garrison and has been working within the local NHS during Covid-19.

Sgt Ben Poku, RBL Volunteer Case Worker, said: “It’s a real privilege to feature on these special edition stamps to mark the RBL’s Centenary, as we celebrate the charity’s proud heritage and the service and sacrifice of our Armed Forces. I love my Volunteering role, it’s very rewarding to see first-hand the impact the work of the charity has on the people it helps. The money raised from the sales of these stamps will help us continue to provide life-long support to the Armed Forces Community, in what is a very poignant year for us.”

The stamps have been designed by Glazier Design in London and will be issued on 26th June 2021. They will be available as Set, Sheet Set, Presentation Pack (limited to 2000), First Day Cover (limited to 3000), an Imperforate Printers Pane and a First Day Cover signed by local veteran James Fenton (limited to 100). For more information visit www.iompost.com/rbl100.