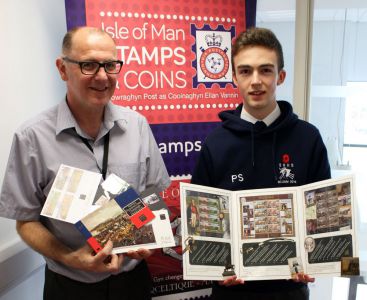 Representatives for Isle of Man Stamps and Coins will be attending this week's commemorations organised for the 200th Anniversary of the Battle of Waterloo where two spectacular Battle re-enactments will take place. The event is being held in Belgium from June 18 to 21 and will see the Stamps and Coins business exhibit its recently released Battle of Waterloo collectables produced in collaboration with Waterloo 200.

Commemorations for the Bicentennial Anniversary of the Battle have been arranged by ASBL 'Bataille de Waterloo 1815' who have planned impressive re-enactments of the conflict which will involve as many as 5000 re-enactors, 300 horses and 100 canons. The opening of the event starts with an inaugural show on June 18 that will launch the long awaited celebrations. On June 19 the first re-enactment, 'The French Attack', will depict the French Army engaging the Belgo-Dutch Army on Mont Saint Jean before the British Army emerge to ambush the French Imperial Guard. Then follows a second re-enactment on June 20, 'The Allied Counterattack' concentrating on the Battle around the Hougoumont Farm, which resulted in a victory for the Duke of Wellington and Blücher, with Napoleon fleeing to Paris. Aside from this, visitors will also have the opportunity to wander through the bivouacs and discover life as it was for the troops 200 years ago.

Representatives from the Isle of Man Stamps and Coins will attend this commemoration of the historic event, taking with them a full range of recently released Battle of Waterloo 200th Anniversary collectables including presentation packs, special folders, sets and sheets of stamps, plus special daily postmarks, all of which capture in striking detail images of the Battle from both sides, from the preliminary Battle at Quatre-Bras through to Wellington's victory.

Maxine Cannon, General Manager at Isle of Man Stamps and Coins, said: "We are delighted to have the opportunity to be represented at this historical event and showcase our Battle of Waterloo collectables which enthusiasts can purchase at our stand as a keepsake of the Bicentenary Anniversary to take home with them."

For more information on The Battle of Waterloo collectables or to make a purchase, visit iompost.com. Alternatively, come to the re-enactment and visit our representatives who will be located on stand M4.