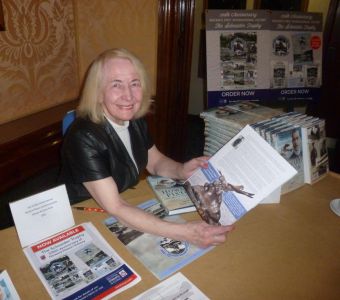 Isle of Man Stamps and Coins is pleased to present a stamp sheet to mark the 100th anniversary celebrations of Britain's first victory of the Schneider Trophy.

The Schneider competition for sea planes was first introduced by Jacques Schneider in 1911 along with a prize of £1000. The intention was to promote progress in civil aviation but it became essentially a race of speed. The trophy was first competed for together with the prize in 1913 with Britain's first victory coming in 1914 by Howard Pixton.

Stella Pixton, Howard Pixton's daughter provides a very personal account of her father and his victory with the Schneider Trophy.

Stella describes how her father began his career in flying at Brooklands, when in June 1910 he joined and became friends with A.V. Roe and together they started the Avro School of Flying with Pixton becoming the first test pilot there. During 1911 he left the school to fly with the Bristol Aeroplane Company as a school instructor before then going on to become their main test pilot. He then left Bristol's toward the end of 1912 and joined Tommy Sopwith.

Howard's Schneider victory was at the air race held in Monaco on 20 April 1914 where he flew a Sopwith Tabloid Biplane, completing the race at an average speed of nearly 87 mph.

The four stamps in the sheet depict vibrant images of the Sopwith Tabloid Float Plane in the skies which won Howard Pixton and Britain its victory in 1914. These beautiful images are combined with a number of prints of original black and white images of the victorious flight.  In addition to the perforate sheet a rare and highly collectible imperforate sheet will be available in a limited number of 1,500 and a limited edition of 500 exclusive folders with a signed cover will also be available.  The stamps have been endorsed by famous war hero and test pilot Captain Eric 'Winkle' Brown.

Early this week Stella attended a lecture by Philip Jarrett at the Royal Aeronautical Society in London where Howard's early flying career, including his Schneider triumph, were discussed, highlighting how Howard established himself as a leading British pioneer aviator.

Commenting on the stamp sheet Stella Pixton said: "The stamps and the black and white images marking the 100th anniversary of my father's famous victory - winning the Schneider Trophy race in 1914, in the romantic setting of Monte Carlo, Monaco, are quite remarkable. He became the first Britain to win the Trophy and put Britain in the lead for the first time in aviation history."

She continues: "Maxine and her team have done a delightful and splendid job compiling this sheet of stamps and pictures celebrating my father's joyful victory".

Maxine Cannon, General Manager of Isle of Man stamps and Coins said: "The stamps look fabulous in this classically presented sheet which celebrates the 100th anniversary of Howard Pixton being the first British winner of the Schneider Trophy. We are delighted to commemorate this moment of aviation history with such an amazing sheet of stamps showing both the beauty of the Sopwith Biplane and historic photos of the time".