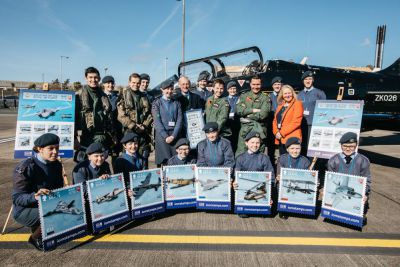 In conjunction with the 100th year anniversary of the Royal Air Force (RAF), the Isle of Man Post Office organised a meet and greet session attended by representatives of the Isle of Man RAF Air Cadets and Isle of Man RAF Association, as well as pilots from RAF Valley who have flown into Ronaldsway Airport, Isle of Man, in two RAF aircraft - Hawk T2 - specifically for the event.

Isle of Man Post Office recently commissioned a set of eight commemorative stamps, officially licenced by the Ministry of Defence, highlighting the rich history and legacy of the RAF – the world's first independent air force. 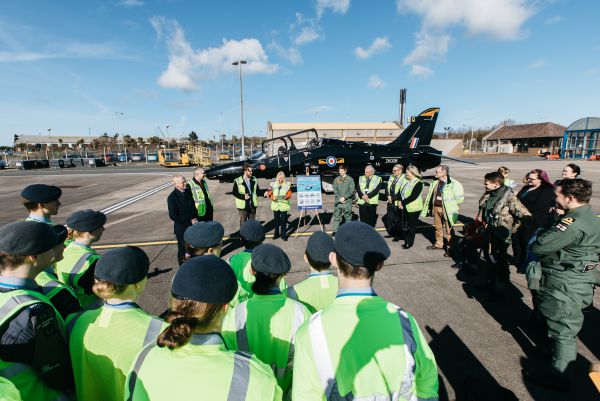 Chairman of the Isle of Man Post Office, Julie Edge MHK who was present at the event, said, "Through this event and the introduction of the 100 Years of the RAF stamp collection, we aim to commemorate and celebrate Isle of Man's history and connection with the RAF. Recognised throughout the world for their courage, adaptability and innovation, the RAF is an inspiration for the younger generation. By having the Air Cadets here today, we hope to be able to encourage them be as passionate and courageous as those who have and are still serving the RAF." 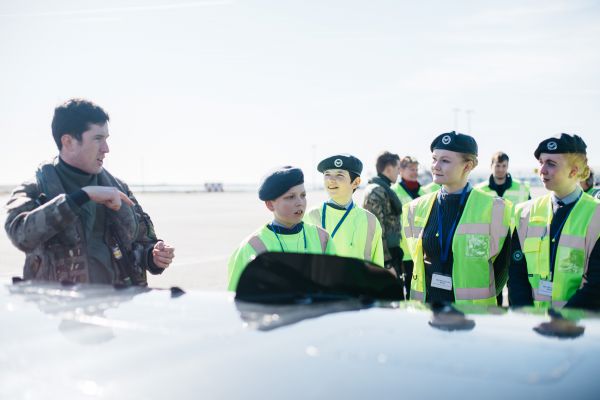 During the meet and greet, guests were given the unique opportunity to get up close to the RAF aircraft as well as a Q&A session with the RAF pilots. His Excellency, Lieutenant Governor, Sir Richard Gozney graced the event with his presence and presented the RAF Valley pilots with a souvenir framed 100 Years of the RAF stamp collection. The Air Cadets were also given with a souvenir framed stamp set, presented by Ms. Edge.

A spokesperson from RAF Valley said, "We were very honoured by the Isle of Man Post Office to attend this event which commemorates the 100th anniversary of the RAF. The RAF and the Fleet Air Arm have had a long association with the Isle of Man, so it is great to be here to offer our support and meet His Excellency the Lieutenant Governor, local RAFA members and Air Cadets."

The 100 Years of the RAF stamp collection issued on 15th January 2018, is a commemorative set that has an incredible depth of information in relation to the RAF history. The stamps feature images of iconic RAF aircraft, key airfields, personnel, medal ribbons, flags, the RAF Ensign, and a secret message in morse code which is visible under UV light. Once deciphered, the message reveals the well-known poem 'High Flight', by John Gillespie Magee, a Canadian Air Force pilot who trained at the RAF Cranwell, Lincolnshire. Click here for more information about the stamp collection.

The RAF was formed towards the end of World War 1, on the 1st April 1918. Twenty years later RAF bases started to open on the Isle of Man, beginning with RAF Jurby in September 1939. RAF Andreas was opened two years later as a fighter airfield, while the civilian aerodrome at Ronaldsway was taken over by the RAF in 1940 and became RAF Ronaldsway. RAF Air-Sea Rescue marine craft were based at Ramsey, Peel, Douglas and Castletown during the war years.