THE ROYAL ENGAGEMENT CELEBRATED IN STAMPS 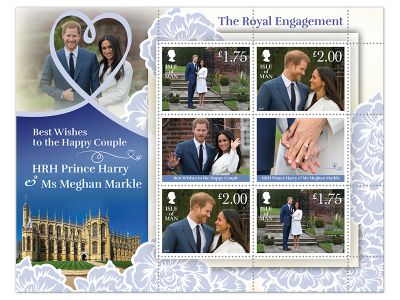 To celebrate the royal engagement of HRH Prince Henry of Wales and Ms. Meghan Markle, the Isle of Man Post Office has commissioned a set of two stamps featuring the happy couple on the day they officially announced their engagement.

Fifth in line to the throne, Prince Harry has been dating Ms. Markle, known widely for her leading role in the US television drama Suits, since July 2016. Prince Harry asked Ms. Markle's father's permission to marry in the summer of 2017, and proposed in November 2017 at his Nottingham Cottage, Kensington Palace. 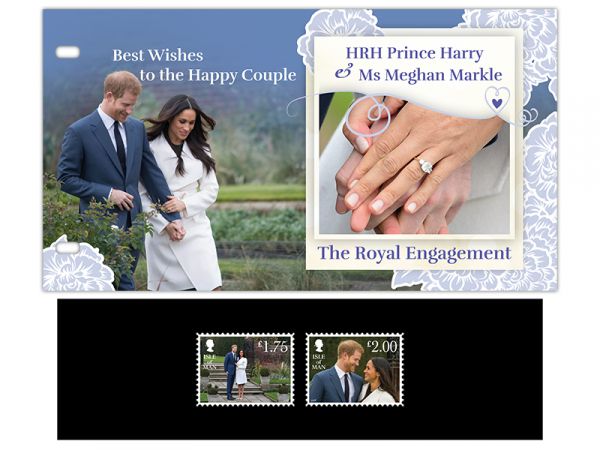 In the accompanying issue text for the stamp collection by Austin Mutti-Mewse, he shares that Ms. Markle said that the proposal was "so sweet and natural and very romantic." Prince Harry is known to be "thrilled" to be marrying Ms. Markle, the US actress 36, after an eighteen-month romance.

The three-diamond engagement ring set on a band of gold was made by Her Majesty The Queen's Court Jeweller, Cleave & Company and designed by Prince Harry himself, using two stones which belonged to his mother, Princess Diana. At the centre is a diamond from Botswana, a country that holds a special significance for the Prince who visited the country numerous times since his childhood.

The royal wedding will take place at St George's Chapel, Windsor Castle, just as the Earl of Wessex did in 1999. The Chapel is one of the most hallowed shrines of the British monarchy; within its walls great kings are buried, including Prince Harry's great-great grandfather George V, his great grandparents King George VI and Queen Elizabeth, Her Majesty's beloved parents.

Since their engagement announcement, the happy couple have been receiving tributes and well wishes from members of the royal family and leading political figures.

The Queen and Duke of Edinburgh are reported to be "delighted" for their grandson and his bride-to-be, and "wish them every happiness together". Both, Prince Harry's older brother, The Duke of Cambridge, and his wife, The Duchess of Cambridge, are said to be "very excited for the couple." The Prime Minister, Theresa May, offered the couple her "warmest congratulations." 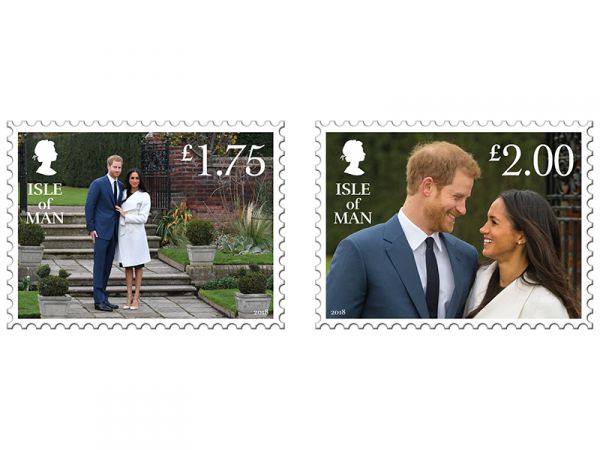 Isle of Man Stamps and Coins General Manager, Maxine Cannon said, "We are pleased to introduce this special collection to celebrate the Royal Engagement of HRH Prince Henry and Ms. Meghan Markle. We are very happy for the couple and along with the rest of the nation, are looking forward to their wedding celebration which is expected to be a spectacular affair and one of the most anticipated events of the year."

The issue date for the Royal Engagement stamp collection is 28th March 2018. The collection includes stamp sheet sets, First Day Cover, Presentation Pack and a Special Sheetlet, which are all available for online pre-order at www.iompost.com/acelebration